Germany, France to ease lockdowns ahead of Christmas 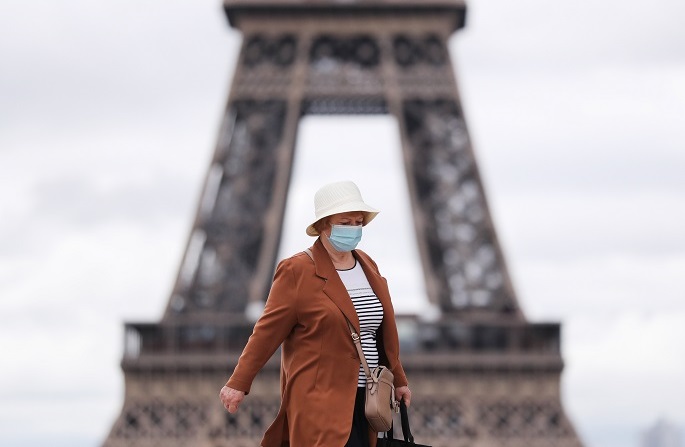 Germany and France are expected to announce plans to ease lockdown measures that are currently in place ahead of the Christmas and New Year holiday season, while travelers to England will soon be able to avoid a 14-day quarantine if they can present a negative coronavirus test upon arrival, reported EFE.

French President Emmanuel Macron will reveal his government’s plans to ease lockdown measures in a televised address to the nation on Tuesday night.

He is expected to outline a three-phased return from lockdown that will be stricter than the one in May, as well as provide updates on his government’s vaccination strategy in the wake of promising developments in early phases of clinical trials of proposed vaccines.

As part of the staggered easing of measures, shops will be allowed to reopen from this weekend, to give retailers and consumers a window for Christmas shopping.

Further restrictions on gatherings will be eased ahead of the holiday season, with a third phase slated for the start of next year.

The easing of measures is contingent on the development of the spread of the virus and the state of France’s healthcare systems.

But restaurant workers have little hope for any return to normalcy, with bars and restaurants likely to remain closed.

The prime ministers of Germany’s federal states have agreed on special rules for the Christmas and New Year period that would allow gatherings of up to 10 people from different households, according to reports in German media.

The regional leaders, who are due to meet with Chancellor Angela Merkel on Wednesday to present their proposal on additional measures to lower new coronavirus infection rates, have agreed to extend the current partial lockdown - in effect since the start of November - until December 20.

They hope that by keeping the current measures in place, they will be able to ease the restrictions during the holiday period between 23 December and 1 January.

Among the proposals are bringing forward the start of school holidays and encouraging people to self isolate for several days ahead of the Christmas season.

They will also ask employers to study the possibility of closing companies between 21 December and 3 January for holidays or offer the option of working remotely. The regional leaders will also agree on a partial ban on fireworks at New Year’s, although enforcement of the ban will be left to the relevant local authorities.

This last point was one of the most contentious, as some leaders wanted a full ban to avoid large crowds from gathering and help ease pressure on police, fire departments and health workers.

Germany currently has an accumulated rate of 141.8 infections per 100,000 people.

The R factor, which reflects infection rates over the last eight to 16 days and is considered a more stable indicator of the state of the virus, is at 0.97, meaning every 100 confirmed cases are infecting 97 others on average.

Passengers arriving in England from 15 December onwards can reduce the mandatory 14-day quarantine period if they present a negative Covid-19 test, which must be taken within five days of their arrival, the British Transport Minister, Grant Shapps, announced on Tuesday.

In a statement, the ministry said that, before arriving on English territory, those wishing to take a test must fill out a health form and choose from approved test providers, which will be paid for out of pocket, costing between 65 ($86.47) and 120 pounds Sterling.

Those arriving in Scotland, Wales and Northern Ireland will still have to comply with the 14 days of quarantine.

The Government has also announced that it will provide additional financial support aimed at covering fixed costs for airports in England, including the largest UK airports such as Heathrow and Gatwick, from 2021.

The travel industry has welcomed the news, although the CEO of the Airline Association UK, Tim Alderslade, has said that the only way to fully open up the market would be to eliminate the need for quarantine, either with a pre-boarding test or by providing access to a quick and inexpensive test under the National Health Service (NHS).