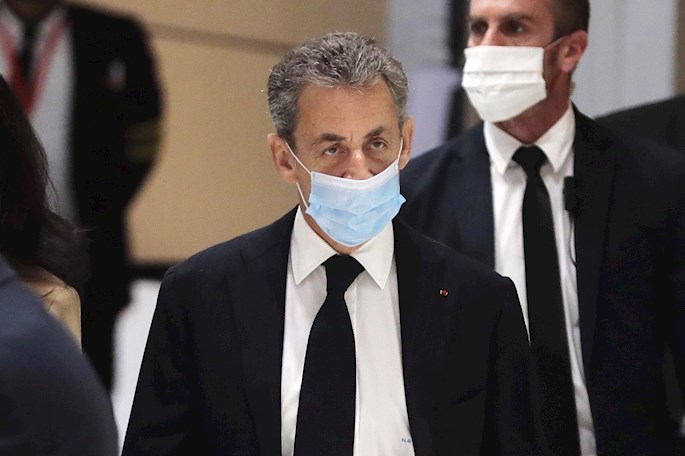 The historic corruption trial against former French President Nicolas Sarkozy was postponed just moments after it began on Monday, after a request by the lawyers of one of the defendants, Judge Gilbert Azibert, because of his poor state of health, reported EFE-EPA.

The presiding judge ordered a medical examination of the defendant that must be delivered before Thursday, when the trial is scheduled to reopen in which Sarkozy is facing a sentence of up to 10 years in prison and a million euro fine if he is found guilty.

Sarkozy, who presided over France from 2007 to 2012, is the first former French president to sit in the dock for a case of possible corruption and influence peddling that was uncovered by wiretap.

Charged alongside him are his lifelong personal lawyer, Thierry Herzog, and 73-year-old Judge Azibert, the only one of the three who did not attend court citing health problems incompatible with the current Covid-19 pandemic.

"Given his age and his medical history, with cardiac and respiratory problems, the doctors have advised my client not to travel to Paris in this context of the pandemic. My client is very interested in testifying in person at this trial," Azibert's lawyer Dominique Allegrini said.

The prosecution opposed the delay of the trial and argued that the defendant could testify by video link, as recorded in the judicial rules issued by the government to adapt to the coronavirus.

The delay of the trial did not prevent the unprecedented site of an ex-president entering a court to sit in the dock.

It is a fate that his predecessor in office, Jacques Chirac, managed to avoid, as his health problems allowed him to absent himself from the corruption trial in which he was convicted in 2011 for the illegal financing of his party through fictitious jobs during his time at the head of the Paris Mayor's Office.

Sarkozy, 65 years old, retired from the political front line in 2016 although he continues to be a much heard voice in the conservative party Les Republicains.

He is accused of having promised to promote Azibert in exchange for the latter helping him with one of the many investigations that the justice system opened against him when he left the Elysée Palace at the end of his presidential mandate.

The case for which he is being tried was brought to light in the context of wiretaps ordered by another investigation into the alleged financing of his 2007 election campaign with money from the regime of former Libyan dictator, the late Muammar Gaddafi.

The investigators intercepted conversations between Sarkozy and his lawyer in which they spoke of a potential promotion for Azibert in exchange for the magistrate interfering in another case into the alleged receipt of illicit campaign funds from Liliane Bettencourt, the elderly heiress of the cosmetic empire L'Oréal, who died in 2017.