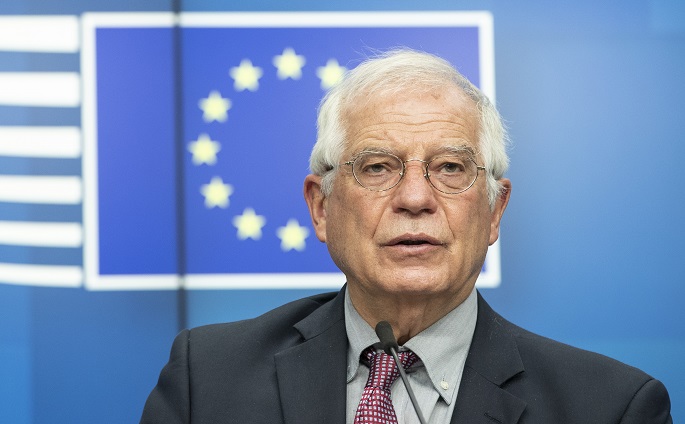 "Latest naval mobilizations in Eastern Mediterranean are extremely worrying. They will not contribute to finding any solutions. On the contrary, they will lead to a greater antagonism and distrust," Borrell said in a statement.

Turkish President Recep Tayyip Erdogan said Friday that Turkey resumed drilling activities in the eastern Mediterranean, one day after Egyptian and Greek foreign ministers signed in Cairo an agreement on the demarcation of the maritime borders between the two countries and setting up an exclusive economic zone between them in the Mediterranean Sea.

Egyptian Foreign Minister Sameh Shoukry said "all the items of the agreement comply with the rules of international law and the UN Convention on the Law of the Sea," but the Turkish Foreign Ministry said the deal is "null and void".

"Maritime boundaries must be defined through dialogue and negotiations, not through unilateral actions and mobilization of naval forces," Borrell stressed on Sunday.

The High Representative said he will try to re-establish a dialogue and facilitate re-engagement. "The present course of action will not serve the interests neither of the European Union, nor of Turkey. We have to work together for the security in the Mediterranean."