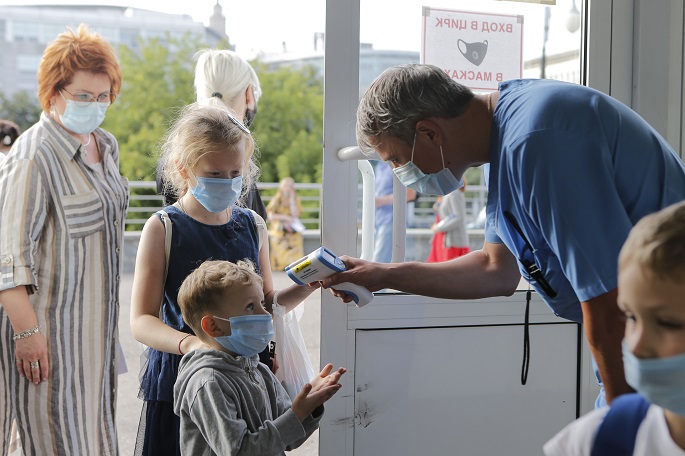 A medic wearing a face mask checks the body temperature of a boy before he enters the Great Moscow circus in Moscow, Russia, on Aug. 7, 2020. Photo Xinhua.

Russia registered 5,189 new COVID-19 cases in the past 24 hours, taking its total to 887,536, the country's COVID-19 response center said in a statement Sunday, reported Xinhua.

Meanwhile, 77 new deaths were reported, taking the nationwide count to 14,931.

According to the statement, 693,422 people have recovered so far, including 3,215 over the past day.

As of Saturday, 241,925 people were still under medical observation, while over 30.6 million tests have been conducted across the country, Russia's consumer rights and human well-being watchdog said Sunday in a separate statement.