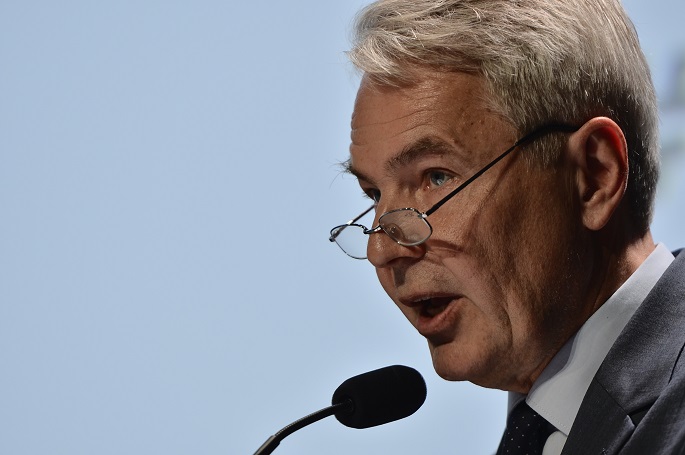 Eleven European nations including Finland on Friday issued a joint statement regretting the United States's withdrawal from the Open Skies Treaty, which they consider "a crucial element of the confidence-building framework that has been created over the past decades to increase transparency and security across the Euro-Atlantic area."

Minister for Foreign Affairs Pekka Haavisto on Friday said that Finland regretted the United States's withdrawal from the Open Skies Treaty, which is an important part of the OSCE's arms control process.

Haavisto, said that Finland issued a joint statement along with 10 other European countries (the Netherlands, Belgium, Spain, Italy, Luxembourg, Portugal, France, Sweden, Germany and the Czech Republic) in this regard, according to a Foreign Ministry release.

News agency Xinhua adds:  "We regret the announcement by the government of the United States of its intention to withdraw from the Open Skies Treaty, although we share its concerns regarding the implementation of treaty provisions by Russia," said the foreign ministers in the statement.

"We will continue to implement the Open Skies Treaty which has obvious added value for our conventional arms control architecture and our common security," said the statement.

"We reaffirm that this treaty remains functional and useful. The withdrawal becomes effective after a period of six months," it added.

"On matters relating to the implementation of the treaty, we will continue dialogues with Russia as previously agreed between NATO allies and other European partners in order to resolve outstanding issues such as undue restrictions imposed on flights over Kaliningrad," it said.