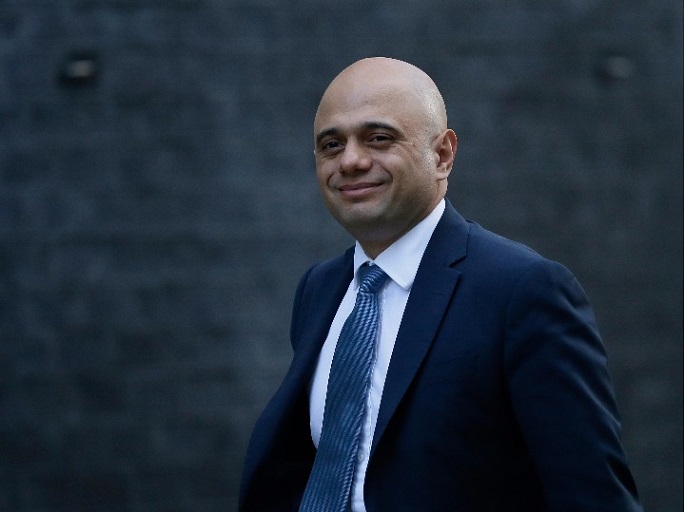 Javid had been expected to keep his job. But media reports claimed he quit after a row with Johnson during a meeting Thursday at 10 Downing Street.

Minutes after Javid's decision, Johnson named then Chief Secretary to the Treasury Rishi Sunak as the new chancellor of the exchequer.

The BBC reported that Javid rejected an order to fire his team of aides, saying "no self-respecting minister" could accept such a condition.

"Whilst I was very pleased that the prime minister wanted to reappoint me, I was unable to accept the conditions that he had attached, so I felt that I was left with no option other than to resign," he told the BBC.

Javid, former home secretary, was appointed chancellor of the exchequer in July last year by Johnson when he became prime minister.

Javid was scheduled to deliver his post-Brexit budget next month. The budget is expected to be delivered by the 39-year-old Sunak, who was succeeded by former Brexit Secretary Stephen Barclay as chief secretary to the treasury.

However, at a media briefing Thursday night, Downing Street officials were unable to confirm whether the budget would go ahead as planned next month.

In another development, business secretary Andrea Leadsom, environment secretary Theresa Villiers, attorney general Geoffrey Cox and a number of second-level ministers, were out of the government. Nicky Morgan also stepped down as culture secretary, replaced by Paymaster General Oliver Dowden.

George Eustice has become secretary of state for environment, food and rural Affairs.

Suella Braverman succeeded Cox as attorney general. She previously served as a Brexit minister but resigned over the deal former Prime Minister Theresa May brokered with the European Union.

Johnson has kept a number of ministers in their jobs, including Dominic Raab as foreign secretary and Priti Patel as home secretary. Michael Gove also stays on as chancellor of the duchy of Lancaster and cabinet office minister.

Elizabeth Truss remains as trade secretary and president of the board of trade, as well as minister for women and equalities. Robert Buckland remains as lord chancellor and justice secretary.