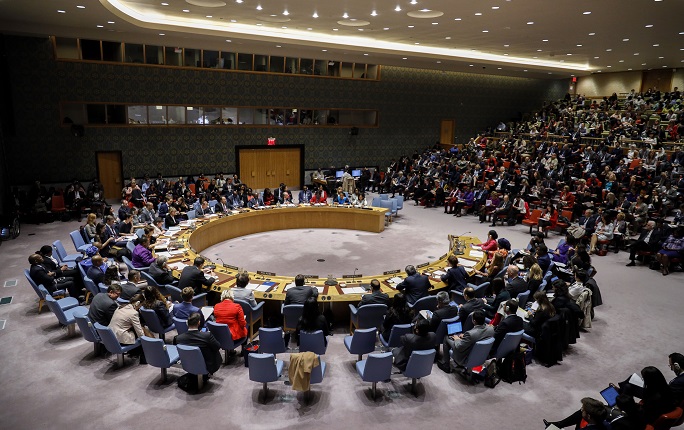 The five EU members on the UN Security Council said Wednesday that Israeli settlement activity in occupied Palestinian territory is illegal and must end.

"Our position on Israeli settlement policy in the occupied Palestinian territory, including East Jerusalem, is clear and remains unchanged: all settlement activity is illegal under international law and it erodes the viability of the two-state solution and the prospects for a lasting peace," said a joint statement of the five countries -- Belgium, Britain, France, Germany and Poland.

"We call on Israel to end all settlement activity, in line with its obligations as an occupying power. We also reiterate our concern about the calls for a possible annexation of areas in the West Bank."

The five EU countries said they will continue to support a resumption of a meaningful process toward a negotiated two-state solution, which, they say, is the only realistic and viable way to fulfill the legitimate aspirations of both parties.

The joint statement was read out to the press by British UN ambassador Karen Pierce, whose country holds the Security Council presidency for the month of November, ahead of a Security Council meeting on Israeli-Palestinian conflict.

The statement came in the wake of a major U.S. policy change on the issue. U.S. Secretary of State Mike Pompeo announced on Monday that Washington will no longer consider Israel's West Bank settlements inconsistent with international law.

Tale of a Manchester rapist and his way to find victims