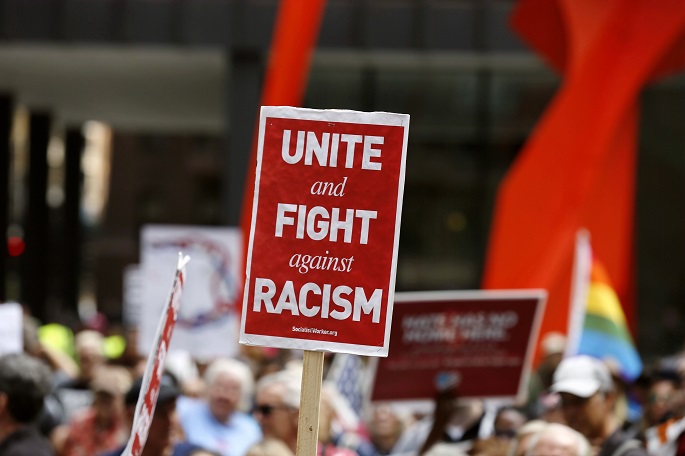 "With anti-constitutional associations such as Phalanx 18, we must exhaust all legal possibilities of our constitution to ban them", said Bremen's Senator for Home Affairs Ulrich Maeurer.

The combination of numbers 1 and 8 is used by right-wing extremists as a cipher for Adolf Hitler. The word "Phalanx" comes from Greek and describes a combat formation of soldiers.

The banned far-right association was accused of being involved in "targeted provocations and combative actions", Bremen's senate announced.

Besides, the association had extensively promoted right-wing extremist events and concerts.

According to Bremen's senate, Phalanx 18 followed the National Socialist ideology and had tried to enforce its "anti-constitutional ideology with aggressive and combative means."

"The association Phalanx 18 was forbidden and dissolved, because the association is directed against the constitutional order and the thought of the international understanding", stated the authority.

Two weeks ago, German authorities had already canceled an event with concerts by far-right extremist bands organized by Phalanx 18.

The event would have taken place on November 9, the anniversary of the "Night of Broken Glass" of 1938 , which got its name from the shards that littered the streets after the windows of Jewish-owned stores, buildings, and synagogues in Germany were smashed by the Nazis.

On Wednesday, Maeurer stated that the planned concerts would have been more of "a mockery of the Jewish victims of National Socialism" and not a commemoration ceremony.

Following a gun attack on a synagogue in the German city of Halle by a far-right extremist, German Interior Minister Horst Seehofer has been considering to impose a nationwide ban on more right-wing extremist associations.

He has announced measures to bring people from the right-wing extremist milieu back "into the democratic society."

Tale of a Manchester rapist and his way to find victims