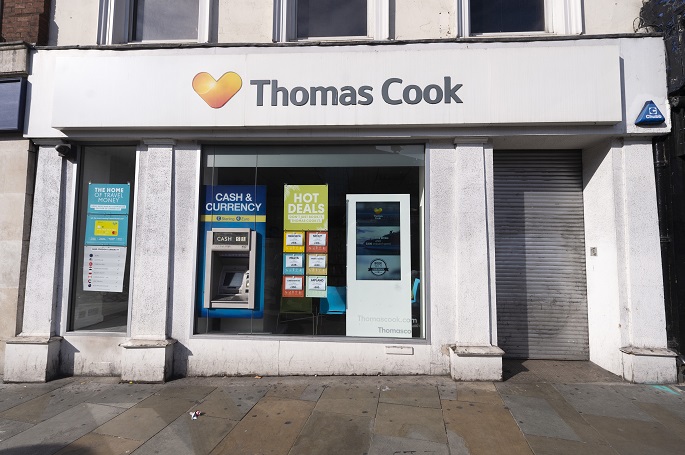 British travel agent Hays Travel announced Wednesday that it has agreed to buy bankrupt holiday operator Thomas Cook's 555 high street shops, a move which would save up to 2,500 jobs.

According to a statement issued by Hays Travel, it will acquire the 555 Thomas Cook shops after signing a deal with an official receiver appointed by the court and special managers from accountancy giant KPMG.

Following Thomas Cook's announced compulsory liquidation on Sept. 23, the official receiver was appointed by the court as the liquidator, with the assistance of special managers from KPMG.

Hays Travel said it has employed more than 25 percent of the former Thomas Cook retail employees and is proposing to re-open the stores with immediate effect, an attempt which would hire up to 2,500 people.

Irene Hays, chair of the Hays Travel Group, said that "Thomas Cook was a much-loved brand and a pillar of the UK and the global travel industry. We will build on the good things Thomas Cook had -- not least its people -- and that will put us in even better stead for the future."

"In the last two weeks we have already employed or offered jobs to around 600 former Thomas Cook colleagues, and it has been a very emotional experience for them," Hays said.

"Now that we are able to re-open the shops, we are looking forward to welcoming many more people who share our passion for the travel industry, into our family business," Hays added.

As a private company based in Sunderland, Britain, Hays Travel has 1,900 employees, with sales reaching more than 1 billion pounds (about 1.22 billion U.S. dollars) in 2018.