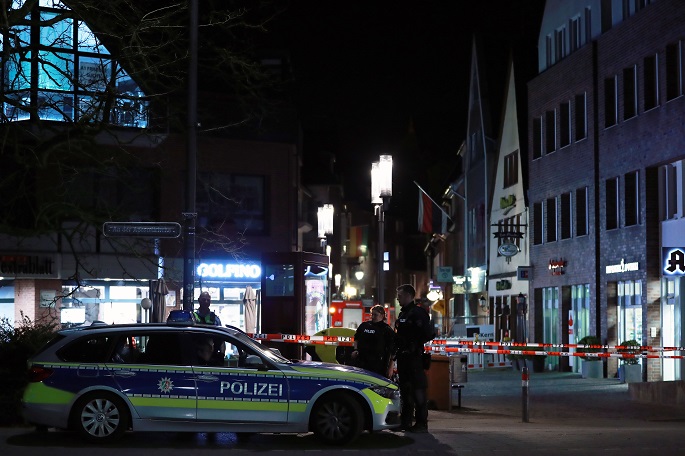 Several shots were fired on Wednesday in the eastern German city of Halle and two people were killed, according to local police.

The attack took place in a street in Paulusviertel near a Synagogue when about 70 to 80 worshippers were inside.

The gunman had intended to enter the Synagogue but somehow failed, and then he started his rampage in a food shop nearby. Two people were shot dead and at least two others were injured, according to German news agency dpa.

Local broadcaster N-TV cited a witness as saying the attacker, dressed like a militant with face mask and helmet, shot with a submachine gun and threw a grenade-like object.

The police temporarily sealed off the shooting scene and the local train station. A large group of policemen, including special forces, were dispatched to the city and one suspect was caught afterwards.

The suspect, the 27-year-old Stephan B. from Eisleben, was previously unknown to security authorities and was believed to have far-right background, local public broadcaster ARD reported.

The suspect also intended to post a video of his act on the Internet, according to ARD.

Investigators currently assumed the suspect was a single perpetrator. Federal prosecutors have taken over the investigation as the attacker has links to terrorism and extremism, affecting Germany's internal security, the ARD reported.

The police in Halle tweeted that the security situation in the city is now "not urgent", and called on people not to share related photos and videos of the incident.