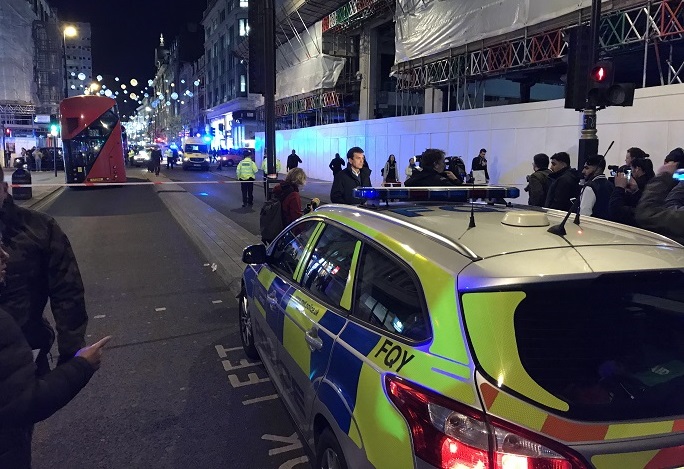 More than 40 petrol bombs and other projectiles have been thrown at police in Londonderry, the second largest city in Northern Ireland which is close to the border with the Republic of Ireland, where a security alert was underway in the Creggan on Monday, police said Tuesday.

The attack was staged with an attempt by dissident republican group the New IRA to murder police officers, according to the Police Service of Northern Ireland (PSNI).

A bomb was found in Creggan Heights after some 80 police officers took part in the security search targeting the New IRA on Monday. Police said the device contained "commercial explosives."

A crowd of between 60 and 100 young people gathered in the area, some of whom attacked police vehicles, police said, adding that at least two of the young people suffered burn injuries. No police officers were injured.

As a result, 15 families had to leave their homes after the discovery of the device, but they have returned home after it was made safe.