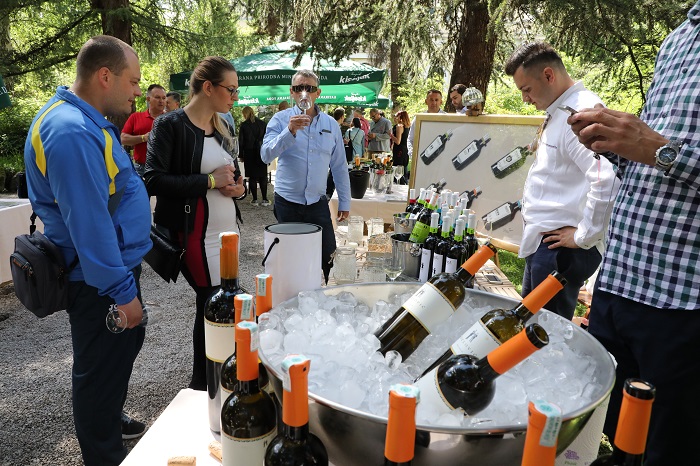 Ever increasing temperatures have "damaged" Spanish wine production, according to an official of one of Spain's most prestigious wine growing districts.

Sal. lustia Alvarez, president of the Priorat wine region in the northeast of Spain, explained the effect climate change has already had on wine production, in an exclusive interview with Xinhua.

He said that temperatures of over 40 degrees centigrade had caused serious damage in the Priorat, as well as neighboring wine producing areas such as Montsant and Terra Alta, with up to half of the crop ruined.

"The hot temperatures damage the weakest part of the plants," said Alvarez, who said the "carignan" grape variety, (which is known as "carinera" in Spain) had been the worst affected.

"Climate change means that the wine industry has to adapt to the new times and this is basically done by adapting the plants (in this case grapes) to the territory where it has to live," he said.

As temperatures rise, part of the wine production in Spain is at risk.

According to figures published by the Spanish Meteorological Agency (AEMET), August 2019 was the fifth consecutive August with above average temperatures. Although rainfall during the month matched the yearly average of 23 liters a square meter, this rain didn't fall evenly, but in damaging heavy storms, meaning some areas received the yearly average in as little as a single hour.

Audrey Dore, who is the winner of the 2017 award for the Best Wine Taster (Sommelier) in Catalonia and one of the Judges of the "2019 Decanter World Wine Awards", told Xinhua that "every year we are seeing a dramatic trend of the effects of climate change."

"A good wine needs balance. It's most important factor is the acidity and that is why we need some freshness. Acidity is the backbone of wine -- it can't stand up without it," she said.

Dore explained that rising temperatures lead to grapes maturing much faster and consequently to an earlier harvest, as well as producing higher sugar levels in grapes, leading to much stronger, more alcoholic and less balanced wines.

She also highlighted that the trend towards more droughts and irregular rainfall can lead to the propagation of infections that affect the wine and of course an increased risk of fire devastating vineyards.

"Wine that tastes of smoke... It's a new reality that I hope we don't have to get used to," she mused.