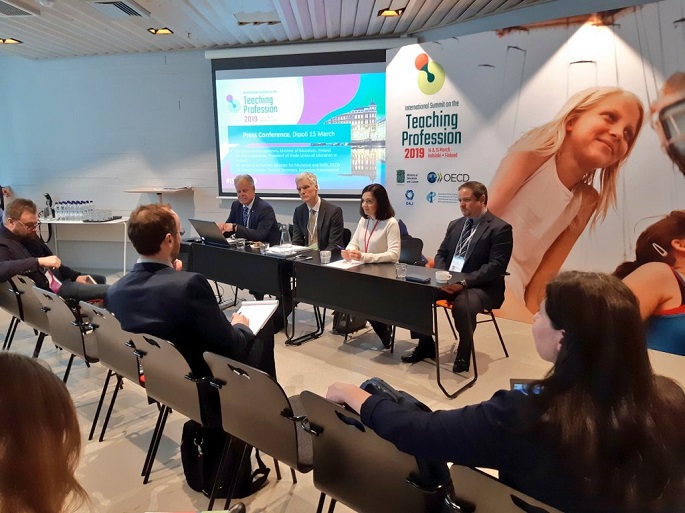 The importance of early childhood education (ECE) was highlighted at a two-day international convention which concluded on Friday in Espoo, Finland.

The conference in Espoo, which drew ministers and representatives of teachers' trade unions from 20 countries and regions, was the first which had its theme on early education.

Finnish Minister of Education Sanni Grahn-Laasonen thanked the OECD for emphasizing early childhood education as a tool to promote equality.

In Finland, she said, access to early education has been widened and a larger share of early education staff will be highly educated. She explained that "play pedagogics" has been developed in Finland for the needs of early education. Grahn-Laasonen described the ISTP as a unique dialogue between ministers and union leaders.

Andreas Schleicher, the director for the Directorate of Education and Skills at OECD, called for a rethinking of free early education. "Many countries here around the table take pride in education being free, including universities. But tuition has to be paid for small children." Schleicher pointed out that even the host country Finland collects fees for early education.

Schleicher suspected that early education is still being considered as "something extra", rather than being the foundation. He noted that while the OECD has been suggesting some cost sharing between the society and the individual at the university level, that is not a good recipe for the early years. "If there is any sector that requires public investment, it is the early years," Schleicher said.