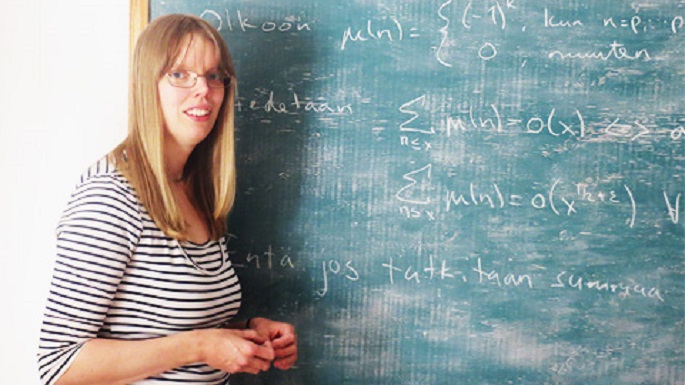 Academy Research Fellow Kaisa Matomäki from the University of Turku and Professor Maksym Radziwill from the California Institute of Technology jointly will receive the New Horizons in Mathematics Prize as a recognition for their fundamental scientific breakthroughs with prime numbers.

The New Horizons Prize is $100,000, will be awarded by the Board of the Breakthrough Prize awards in November this year, said a press release issued by the University of Turku.

Matomäki and Radziwill are awarded for their breakthrough research on the understanding of local correlations of values of multiplicative functions.

The New Horizons Prize is awarded to promising junior researchers who have already produced important work.

Matomäki and Radziwill have collaborated since 2013. The most important example of their research subjects is the Liouville function, the average values of which are linked to, for example, the division of prime numbers and to the Riemann hypothesis which is one of the world's most significant unresolved problems.

Matomäki, one of the world's top young researchers in analytical number theory was born in 1985 and became internationally known in her field in 2007–2009 when she published significant research results in approximately ten research articles.

Earlier, Matomäki and Radziwill received the SASTRA Ramanujan Prize in 2016 for their research collaboration on the average values of multiplicative functions in short intervals.