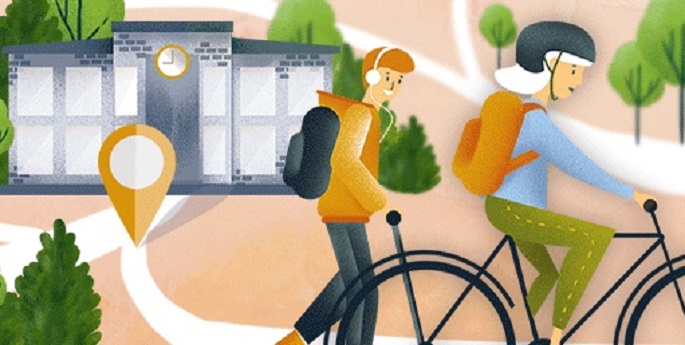 The analysis has been made based on spatial data on the location of primary and secondary schools with relation to forest in the Helsinki region and in the urban areas of Tampere and Turku, said an official press release.

Two out of five primary schools are located at a distance of more than 300 metres from the forest.

According to recent research the proximity of nature clearly has positive effects on a child's development: nature has a refreshing effect on the individual, and nature contacts bring more versatility to the body's microbial flora while strengthening immune defences.

When it is established in childhood, a positive relationship with nature fills the prerequisites for environmentally responsible behaviour also as an adult. To achieve such benefits it would be beneficial to integrate nearby nature into the curriculum.

The SYKE analysed the distance of green areas from school in the Sitra-funded "Sustainable Well-being" project with the help of spatial data. According to the study there are usually parks near the schools of Finland's largest urban areas, but it is often a fairly long distance to a forest.

Forty percent of primary schools were at a distance of more than 300 metres to a forest.

Under examination were primary and secondary schools in the Helsinki region and the urban areas of Tampere and Turku. According to a recommendation by the Ministry of the Environment, the distance to a green area should be no more than 300 metres for it to be easily accessible.

Primary school pupils move independently only in a rather small area.  It is therefore essential have green areas especially near primary schools.

"The more diverse the nature of the green area is, the more versatile its benefits will be. This is a reason why forests function as important playgrounds and classrooms close to school ", said Riikka Paloniemi of the SYKE.

She is the head of the Behavioral Change Unit. According to the study primary schools actually tend to be closer to a forest than secondary schools are.

However, in all areas under analysis about 40 percent of primary schools are located more than 300 metres from a forest.

Some green areas can be found near most schools. Only 11 of all primary schools analysed (383) are not located in the vicinity of a forest or a park. Three of these schools are in the Helsinki region, and two in the Tampere, and six in the Turku regions. Of all of the secondary schools analysed (174) only one school in the Turku area was also at a distance of more than 300 metres from a park.

"It is worthwhile to regularly visit nearby green areas. Because an increasing number of children live in urban environments, the importance of urban green areas and urban forests in the exposure of children to nature is growing", emphasized Paloniemi.