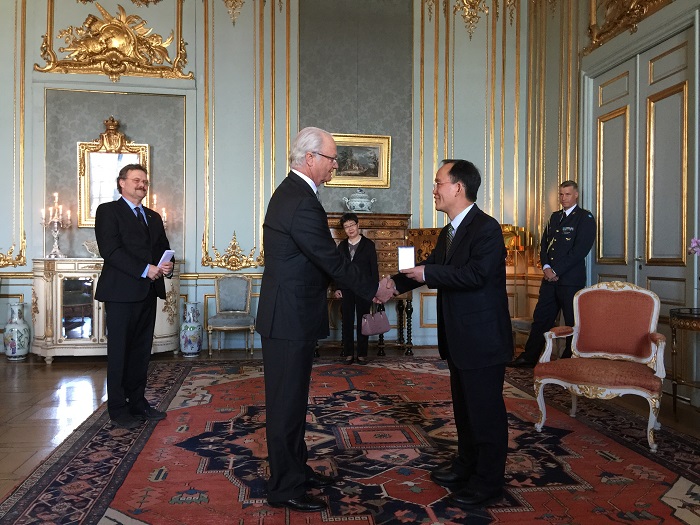 Chinese scientist Yao Tandong received 2017 Vega Medal in Stockholm on Wednesday, recognizing his contributions to research on glaciers and the environment on the Tibetan Plateau.

Swedish King Carl XVI Gustaf awarded 2017 Vega Medal to Prof. Yao at the Royal Palace of Stockholm on Wednesday afternoon, and congratulated him personally for his outstanding achievements.

Sten Hagberg, chairman of Swedish Society for Anthropology and Geography (SSAG) told Xinhua that Yao's "basic researches on 'the Third Pole', monsoon and glaciers" are crucial to the understanding of the process of climate change.

"His researches also concerns more than two billion population, it is a global topic", Hagberg added.

Earlier, SSAG announced Professor Yao as 2017 Vega Medal laureate, for his outstanding contributions to glacier research and to the society at large. His research focuses on glaciers and environment on the Tibetan Plateau, especially within the cryospheric research field.

Yao is internationally acknowledged as one of the most accomplished scientists in the field of cryospheric study.

He has led several research programs -- often together with American, French, German and Japanese scientists -- in the last 20 years. One of his later works shows that global warming, as causing the decline of glaciers on the Tibetan Plateau, interact with Indian monsoon winds and westerly winds. The research program Third Pole Environment (TPE) which is led by Professor Yao, has become internationally significant.