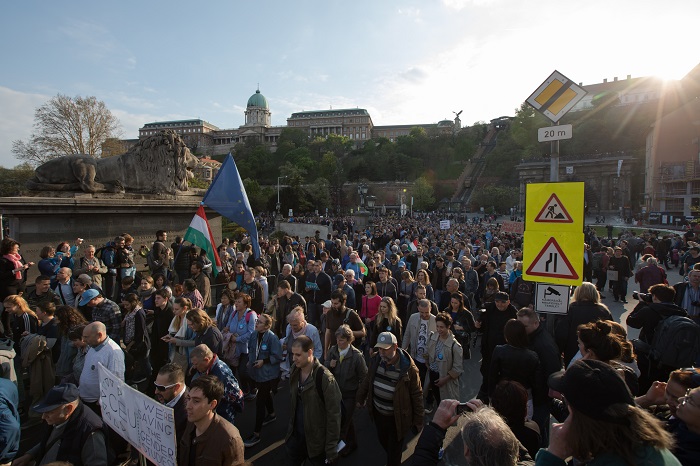 "The recently adopted Higher Education Law is troubling many people in Europe's academic community, as well as politicians across Europe and beyond,"said Frans Timmermans, first vice-president of the European Commission, on the heels of  the College discussion on legal issues relating to Hungary.

Underlining that the move is perceived as an attempt to close down the CEU and may sap EU competence,  he said :" we need to quickly complete a thorough legal assessment of its compatibility with free movement of services and the freedom of establishment, as well as EU rules on admission of third country researchers."

"We will complete this legal assessment as soon as possible and the College will consider next steps on any legal concerns by the end of the month," he added, before echoing European Commission President Jean-Claude Juncker and Commissioner for Research, Science and Innovation Carlos Moedas, both of who earlier also raised eyebrows over the act.

Timmermans's  remarks came two days after Hungarian President Janos Ader ratified the controversial act neglecting a mass demonstration urging him to not to sign the regulation.

The new legal framework also demands that the institutions have faculties in their home country, which CEU does not have.

Several Hungarian and foreign universities, as well as world leaders and Nobel prize winners, have asked the Hungarian government to reconsider its position.

Speaking in the Parliament on Monday, Hungarian Prime Minister Viktor Orban said the Hungarian government "would not close any universities, thus, it would not close the University of George Soros either."

CEU was founded in 1991 and based first in Prague and later in Budapest. It delivers both American and Hungarian diplomas. It currently has approximately 1,400 students and 370 faculty members from more than 130 countries and regions.