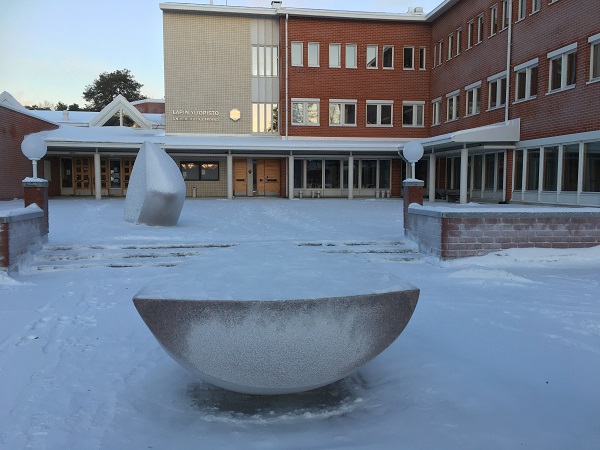 Watching Christmas Story, a Finnish drama film at home in the riverside city of Wuhan in Central China, a high school girl, Huang Yuan, had never imagined she would go to college in the hometown of Santa Claus a year later.

Compared to her former living environment where the temperature seldom falls below zero degree Celsius, the climate in Lapland of Finland sitting right on the Arctic pole, is poles apart. "Yet, it feels good to meet the differences and experience this unique culture," said Huang, who studied media and education for five years at University of Lapland.

She is one of the beneficiaries of the internationalized education system of Finland which funds foreign students like Huang to pursue short-term study in various countries for the sake of academic diversity.

"I don't think you can do it at universities of other countries," said Huang, who was among a steadily growing number of Chinese youths choosing Finland for study rather than other Western countries, despite that the country has only 12 universities, with a population of 5.4 million.

In China, Finland is no doubt more popular for the high quality of its basic education.

Calling it a pilgrimage for educational exchanges, Liu Pengzhi, former head of the Beijing-based High School Affiliated to the Renmin University of China, recalled her trip to Finland 13 years ago.

Liu, now in her 70s, spent then a week auditing classes and interviewing students in two Finnish high schools in the winter of 2004 when the Nordic country had just emerged from polar nights.

"Flexibility has been one of the guiding principals to Finland's educational philosophy," Liu said, noting that students follow a curriculum designed specially for them on the basis of their interests and future career.

Upon returning to China, Liu made a bold move to open optional courses to her high school students, ranging from natural science to physical culture and arts, aiming at fostering innovation and research capability of the students.

Liu's school has carried out exchanges with Finnish high schools almost every year since 2004 and it is not a solo in China. Cooperation in education has always stood out in cultural and people-to-people exchanges between China and Finland since the two countries established diplomatic ties in 1950.

In 2002, China and Finland, both strong in elementary education in their own way, signed an agreement on hosting seminars on curriculum reform every year.

The momentum of exchanges is getting stronger after Chinese President Xi Jinping proposed the Belt and Road Initiative in 2013, of which Finland has been an active supporter.

The initiative, comprising the Silk Road Economic Belt and the 21st Century Maritime Silk Road aimed at building a trade and infrastructure network connecting Asia with Europe and Africa along the ancient trade routes, stressed people-to-people bond among others.

The affection has been mutual between China and Finland, observed Liu, the former high school principal. "Many Finnish kids have a fancy for Chinese culture. Every time they came to China, they asked for lessons on Chinese calligraphy, brush painting and dough modeling," she said.