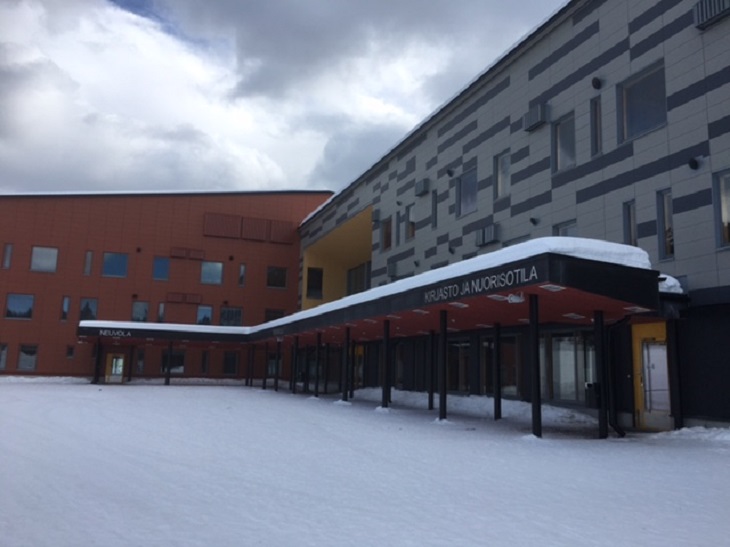 Ounasrinne School (monitoimitalo) of Rovaniemi has become a favourite to the students and the community due to its wide range of facilities that include the school, a library, a youth club, and a medical centre.

The institution, first of its kind in the city, opened in 2013. It has also been playing a significant role in integrating the refugees into the Finnish society through its library, said the chief of the district library, Olga Haataja. 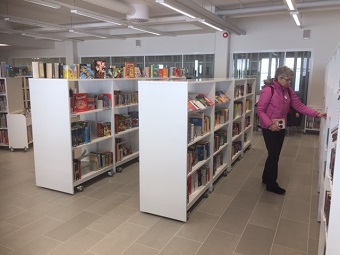 “We have a collection of English books as part of the central library and many refugees are getting educated from here by learning Finnish norms and culture,” Haataja told the Daily Finland, adding that the Red Cross Centre which deals with refugees is very close to the place.

She said some refugees, particularly women, coming from the Middle East do not even know how to write in their own language. They are being familiarized with the Finnish society through the multi-educational complex.

“Moreover, the regular students from seven to 15 years of age are getting various facilities including the youth club which make the school extraordinary,” she said with a certain pride.

Sources said about 500 students from class one to class six are now studying at the institution and the rest of the classes up to nine will be filled up gradually as the years go.

The school principal and a leader of the community centre, JormaKauttio, also expressed their satisfaction at the modern multi-facilities of the school. To the Finnish language daily Lapin Kansa they said the students have become surprisingly fast accustomed to the changes and the children have given very positive feedback about the new school.

The teachers are also happy with the institution. Special needs teacher JaanaSarajärvi and class teachers Tuuli Aalto and Anne Laukkanen were all unanimous about how pleased they were with the new facilities. 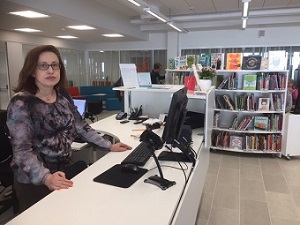 “We have been involved in designing the premises and we thank the principal much for it. The facility meets modern requirements and serves the new curriculum,” one of them told the Lapin Kansa.

According toLaukkanen the students have been chuffed in the new school.

The school’s community hall includes the library of Ounasrinne, the youth centre Ounari and a maternity clinic. Additionally, a vast sports hall is in use by sports teams during the evenings. The community hall-goers are of all ages from babies to the elderly.