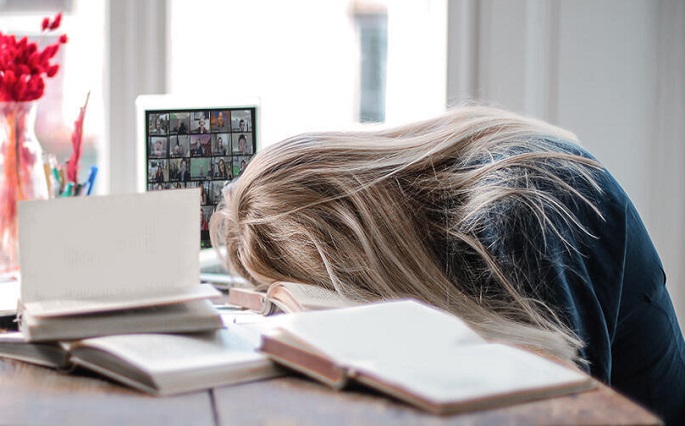 The basic psychological needs of competence, autonomy, belongingness and meaningfulness have not been met in remote learning, which increases burnout. Press Release Photo: PEXELS/ANDREA PIACQUADIO.

As many as 60% of the students of the Helsinki University feel they are either burnt out or at risk of burning out, according to a survey, said a recent press release of the university.

The level of study engagement and burnout of University of Helsinki students was surveyed in the coronavirus spring and later in the year.

Professor Katariina Salmela-Aro has investigated the study engagement and burnout of students of the university as a part of an ongoing international study on the effects of remote instruction.

In the spring, 28% of all respondents felt engaged in their studies, but that figure had dropped to a mere 17% in the beginning of December. In earlier surveys measuring burnout and study engagement conducted between 2008 and 2016, nearly half, or 44%, of university students felt engaged. The previous surveys were conducted at four-year intervals in 2008, 2012 and 2016 among all higher education students in Finland.

“Consequently, the datasets are not directly comparable, but the latest survey does show the effects of remote teaching and learning.”

A new survey targeted at the students of the University of Helsinki garnered responses from 1,573 students in November and December 2020.

A great majority of the respondents were women (80%), which may partially explain the high burnout figures. The average age of respondents was 26, and most were first- (28%) or second-year (22%) students.

According to the survey conducted among University of Helsinki students, analysed by Salmela-Aro and Postdoctoral Researcher Lauri Hietajärvi, strong study-related burnout was experienced by 18% of the respondents in the spring, while the corresponding figure for the autumn was 26%.

In the surveys encompassing all higher education students in Finland conducted in 2008–2016, only 7–10% of respondents felt severely burnt out.

The share of students at risk of study burnout was 24% in the spring and 33% in the autumn, with the figure in the previous surveys at 19%.

Based on preliminary findings, as many as 60% of the respondents to the University of Helsinki survey were either completely burnt out or at risk of burning out.

Burnout involves three central factors: exhaustion, a cynical and negative attitude towards studying, and a feeling of inadequacy as a student.

“Loneliness also increases burnout, while inclusivity protects from it. The transition to remote teaching during the pandemic has increased loneliness,” said the study.

Salmela-Aro called for resources and support for students. Since the University’s teachers, researchers and other staff are faced with the same uncertainty, there is a demand for inclusivity and experiences of success without having to perform. Students need help: peer support, friends and a sense of community, understanding from teachers, flexibility and clarity in assignments as well as guidance in their studies and support services from the University.