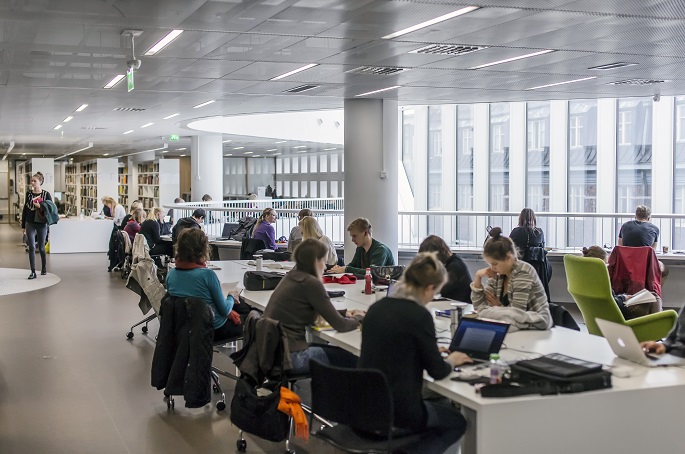 While Finland enjoys the prestigious basic education, the strictness in admittance to universities came up in an OECD education survey, published on Tuesday.

In Finland, less than a third of applicants get access to university studies. Sweden is equally strict, while in France, for example, 90 percent of applicants get in. In Norway the ratio is 45 percent and in Estonia 70 percent.

In the OECD ranking, Finland and Sweden reject the most university applicants.

The current Finnish government has pledged in its program to increase the starting slots in universities essentially. That would raise the overall educational level of the country and ease the bottlenecks in applications and meet the increased demand for an educated workforce.

But actual decisions have not been taken yet, local media reported.

Universities' teaching capacity in Finland is mainly dependent on government financing. Finnish and EU area students do not pay tuition fees in Finland and there is no by-passing system of the entry control through financial payments.

Under half of the OECD countries, including Finland, have a system where the slots for beginning university level studies are restricted and not all applicants can get in, local media reported.

Commenting on the results to a Finnish language newspaper Helsingin Sanomat, counselor Jukka Haapamäki from the Finnish Ministry of Education said the screening processes in various countries differ so much that actual comparisons are difficult.

OECD also raised the fact that the ratio of people with university education in Finland remains underneath the OECD average. In Finland, 41 percent of the population has university degrees while in the OECD area the average is 44 percent.

The Finnish level is shared with Latvia, Austria and Slovenia. Finland has set as goal 50 percent, the level attained by the U.S., Switzerland and Britain.