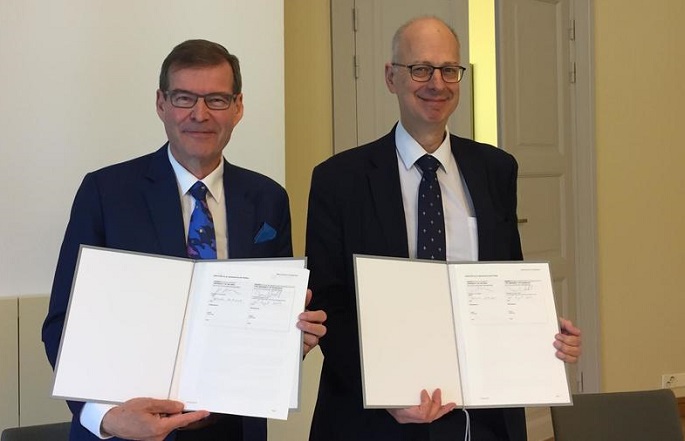 The University of Helsinki and the University of Edinburgh have signed a memorandum of agreement (MoA) that will take the cooperation between the two universities to a new level, said a press release.

As a part of the MoA, the two universities have agreed to establish eight joint positions for doctoral candidates.

“The University of Edinburgh is one of our key European partners and we are excited to start this strategic collaboration. Creating joint positions for doctoral candidates is an excellent way to forge strong connections between researchers and research groups at the two universities,” said Helsinki University Rector Jari Niemelä.

The collaboration will first build on two areas where both universities have an outstanding track record of expertise and world-class research infrastructure: human genomics and forestry.

“When we forge strategic partnerships, we build on complementary strengths. We share the same vision and ambition with the University of Edinburgh: by joining forces together, we aim to become world-leading in these fields,” said Niemelä.

“In the future we want to go beyond. We want to boost even more intensive research collaboration that include more joint publications, joint external funding, joint research positions and perhaps joint institutes at some point,” said Snellman.

“Hard Brexit, soft Brexit, no Brexit – at this point we are still uncertain about how the future will look like. What is certain is that in times like these, we need more collaboration, not less. We need ambitious new openings between the best universities in Europe. In the end, research excellence is all that matters. With Edinburgh, that’s something we are bound to get,” said Niemelä.