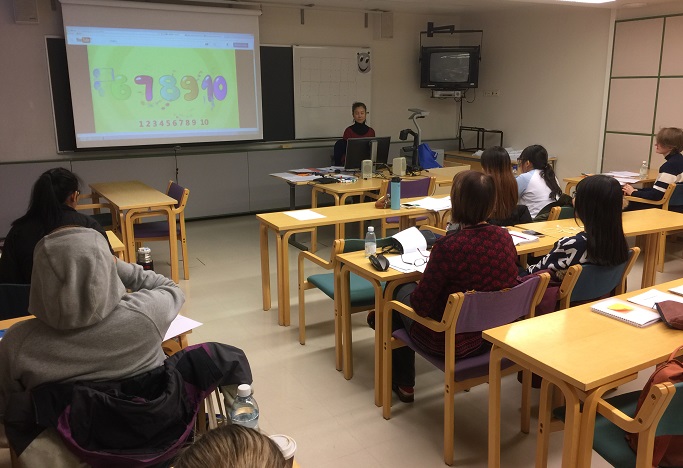 Finnish cities and education providers are concerned with the declining interest of Chinese students to choose Finland as a location for studies.

While the share of Asians of all foreign students in Finland has risen by 30 percent since 2011, the portion of Chinese has dropped by 24 percent, official statistics indicate.

Foreign students are now increasingly considered also as a pool for potential immigrants to Finland. The new center-left government under Prime Minister Antti Rinne has pledged to extend the time a non EU/EEA graduate would be allowed to remain in Finland, looking for work, from one year to two years. Studies in Finland would, however, still give no guarantee of the ultimate right to remain.

Ritva Viljanen, the mayor of Vantaa, next to Helsinki, told Xinhua that she thinks Finland should advertise more the Finnish family services and the whole welfare-state system as an incentive to give Finland a try.

Vantaa is particularly experienced in dealing with people of foreign background and boasts the largest share of foreigners, now 19 percent. But Viljanen was openly disappointed with the small share of Chinese among foreign students in Vantaa, and the whole Helsinki area.

Mayors of cities with friendship ties with China met in July for a televised debate and ways of attracting students emerged as the leading theme.

The concern expressed by cities must be seen against the backdrop of declined birthrates and the statistical need for immigrants. The Finnish municipal autonomy system requires the towns to collect taxes to finance their services, and an immigrant population of professionals could add to the tax revenue pool.

There is strictly no public preference for nationalities of immigrants in Finland. However, two years ago a think tank associated with the populist Finns Party published a study giving people "born in Germany, China and Estonia" the most points for being able to be successful in Finland.

Jarmo Pirhonen, the mayor of the eastern city of Kuopio, said the students "should be made aware that they can later bring their families to Finland". While tuition in Finland for foreign students is usually given in English, Pirhonen said that studying Finnish should be encouraged upon arrival to ease later employment.

Olli Koskipirtti, a senior official at the Finnish Immigration Authority, Migri, pointed out to Xinhua that even a first time arriving student can be accompanied with family members. "But the income requirements enforced for being able to support family members also concern students and the arrival of family members falters usually on that," Koskipirtti said.

The strict definition of "a family member" may be confusing to Asians as well. Finland accepts only the spouse and children as family members. Over the years Finland has got bad publicity for the expulsion of parents and grandparents who have come to visit and wanted to stay.

The Finnish concept is based on the fact that children are not responsible for the welfare for their parents in Finland. Legally mandated public day care for children kills the argument that parents would be helping in child care.

For Asians in particular, the family concept may undermine the attractiveness of Finland. Talking to Xinhua, Viljanen formulated carefully that "perhaps the issue should be investigated".

Finland has no such immigration program that would ensure permanent residency upon arrival. Most immigrants start with temporary work and residence permits. A loss of job could mean that the right of residence disappears.

Mikko Puustinen, a senior official at the Ministry of Economic Affairs, told the televised panel that the entry of more Chinese companies in Finland could possibly help the ways of finding employment. Puustinen is also the chairman of the Finland-China Association.

There is no factual information about the reasons for the decline in the number of Chinese students entering Finland. Petri Lempinen, the executive director for the Rectors' Conference of Finnish Universities of Applied Sciences, told Xinhua that the decline started in 2013 and appears not to be associated with the new tuition fees.

Lempinen speculated that competition from other international education providers could have affected, as well as development of institutes for higher education in China.

In 2017 Finland started charging students from non-EU/EEA countries who enrolled in programs where the tuition language is in English. Non EU/EEA students attending tuition in Finnish or Swedish continue free of charge.

Despite the decline, students from China were in 2017 the third largest foreign grouping, after Russians and Vietnamese. According to National Education Agency statistics, there were 1609 Chinese students studying for a degree, 526 in universities for applied sciences and 1083 in universities.

Universities in Finland charge 15,000 to 18,000 euros per year and the price tag for a two-year master degree in Finland is 36,000 euros. The applied sciences institutions charge less.

Gao Yuhang, Education Counselor of the Chinese Embassy in Finland, said the lack of English bachelor-degree programs offered at the university level may be one of the reasons for the poorer competitiveness.

Efforts continue to find the reasons for the decline and to create remedies.

This August, the Rectors Association of the Universities of Applied Sciences will host a Finnish-Chinese forum. Representatives from 14 comparable Chinese institutions are expected to attend. In September a rectors' forum will take place in Beijing. Both meetings are part of the Joint Action Plan that was agreed upon as Finnish President Sauli Niinistö visited China in January 2019.