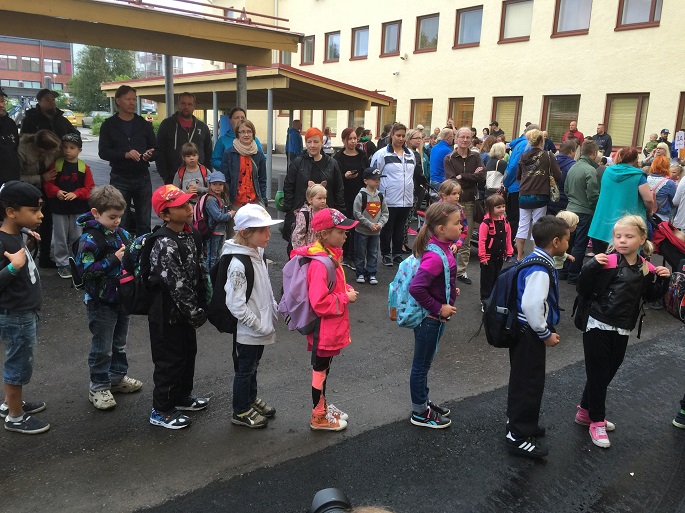 The new school session will begin across the country between August 7 and August 14 after the summer vacation.

Schools will resume classes on Wednesday in the northern part of the country while in the middle and southern parts on Thursday and Friday respectively. Some institutions, depending on their location and type, however, will resume academic activities by 14 August.

The new session will see several changes to the primary education curriculum.

The biggest change in primary schools this year will be that foreign language instruction will begin in the spring term of first grade, at the latest, reported the national broadcaster Yle.

Earlier, instruction in what is presumably the child's first foreign language used to begin in the third grade in Finland.

Meanwhile, the police will perform intensive monitoring of driving speeds on the roads and vicinity of schools from August 12 to August 18 to ensure safety of the students at the beginning of the new school session.

The law enforcing agency also urged guardians to accompany children on their way to school before the school year begins, said a press release.

“The children gain a clearer understanding of the school route and potential dangers by walking accompanied by the guardians,” said National Police Board Chief Superintendent Heikki Kallio.

Kallio points out that even if the child is familiar with the basics, it is worth going over them again.

“For example, children should be reminded to always check both ways before crossing the road, even at crossings with traffic lights,” Kallio said.

The chief superintendent underlined that both now as the new school year begins and in the future drivers must pay particular attention around schools and remember their special duty of care whenever there are children on the streets.

At the start of the school year, police will also enforce rules on cycling or riding electric scooters and other vehicles on sidewalks.

“By law, only the underage children may ride bicycles on pedestrian paths: every one older than 12 must use cycle paths or the road. Many adult cyclists seem to have forgotten this rule,” Kallio said.

Electric scooters are classified as light electric vehicles (top speed 25 km/h) and may be used on cycle paths and bike lanes. If there is no separate path or lane, electric scooters must use the right side of the roadway.

The police would also remind the public that, for their own safety, cyclists should always use a helmet. The power of example should also not be ignored.

“It is worryingly common to see families in which the children are wearing helmets but the parents are not. Many parents also talk over mobile phones when driving a car or riding a bicycle. Children should be set a good and safe example already from a young age,” Kallio added.