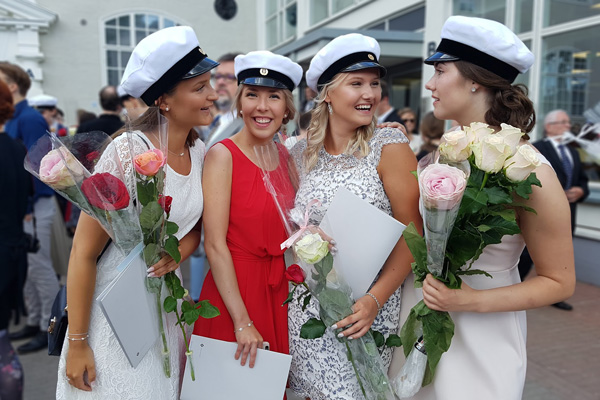 The police will monitor the use of intoxicants by young people across the country next weekend, with particular focus on places where young people gather, such as playgrounds and kindergarten and school yards, said the National Police Board in a press release.

In many locations, the monitoring will be carried out in co-operation with the youth and social services and alcohol inspectors from the regional state administrative agencies.

“The purpose of police action is to prevent alcohol from being supplied to minors, and the possession and consumption of alcohol by them. The police will also react to any other public disturbance and drunken behaviour,” said National Police Board Chief Superintendent Ari Järvenpää.

The responsibility for children and their well-being lies with their parents. The advice the police would like to give to the parents of children and young people preparing for end-of-school celebrations is to agree on clear party rules for their children, and contact their children over the evening.

“The majority of the children and young people gathering to celebrate the ending of school will party quite cleanly and without any problems. When clear party rules have been agreed at home and no intoxicants are taken during the celebrations, the risk of accidents is reduced,” said Järvenpää.

The police hope the guardians of minors will make sure that they can be reached by phone, particularly on the evening of the celebrations on 1 June 2019 and that they will answer phone calls from unknown numbers. The caller may be the police or a social worker on duty.

An intoxicated person is at risk of becoming a crime victim.

According to the police, the weekend when schools end for the summer break is the time when many children and young people have their first experience of alcohol. Being unused to alcohol, they may not be able to estimate the amount they take or its consequences, which may lead to alcohol poisoning.

"An intoxicated child or youth is also at an increased risk of becoming the victim of a crime or having an accident while inebriated," said Järvenpää.

Supplying alcohol to a minor is a crime. The police is making a plea to adults not to supply alcohol to any single minor. The police want to remind people that any use of alcohol by anyone under the age of 18 will be reported to their parents and the child welfare authorities. In addition to this, it will usually result in a EUR 40 summary penal fee.

Since 2010, when the police stepped up measures to curb intoxicants during the school-end weekend, some 2,000 to 2,500 litres of various alcoholic beverages have been confiscated. Reports to the child welfare authorities by the police have numbered between 700 and 1,200.

Järvenpää said, “Fortunately, the numbers of offences involving alcohol possession and reports to child welfare authorities have shown a downward trend in recent years, and we naturally wish that the trend continues.”