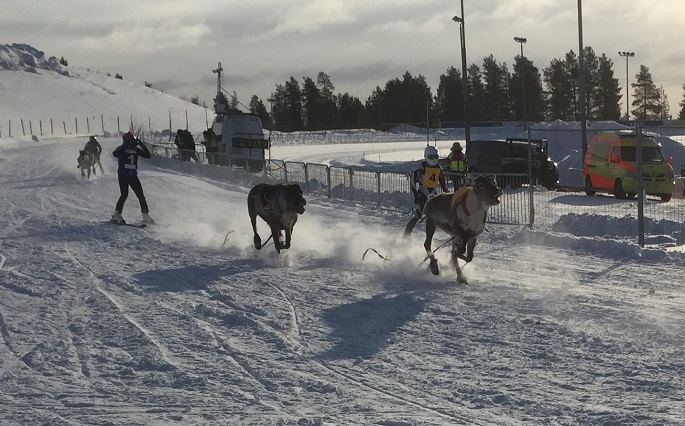 The 18th edition of the Rovaniemi leg of the annual Porocup (reindeer race) will take place in February 23–24 on the Mäntyvaara racing track, about eight kilometers from the downtown of Rovaniemi city.

The race, which the Lions Club Rovaniemi Ounasvaara organises in cooperation with Reindeer Herders’ Association, will begin at 11:00am.

“About 160–180 reindeer will participate in this year’s race,” Reijo Väisänen, president of the Lions Club Rovaniemi Ounasvaara, told Daily Finland.

Väisänen said that each of the reindeer is owned by a local herder, but the drivers of are not all herders. During the race, each reindeer pulls a driver on skis who directs the reindeer using reins.

“The Porocup is a way to introduce the livelihood of reindeer herding, strongly connected to the Sami culture,” Väisänen added.

Reindeer herding has been a significant part of traditional life in Lapland for centuries, particularly among the Sámi people.

The organisers said that they have made all-out preparations, as they did in the past, to hold the event successfully.

In addition to campaigns by other organisations such as the Multidimensional Tourist Institute and the Finnish language newspaper the Lapin Kansa, much of the preparation of the racetrack is done by Lions Club Rovaniemi Ounasvaara volunteers, Väisänen said.

The Porocup championship is composed of five preliminary rounds and the finale. Further rounds of the Porocup will be held in Yli-Ii in March 2–3, in Luosto in March 8–10, in Ranua in March 15–17, in Lankojärvi on March 23–24, and finally in Inari in March 30–31.

Ticket has been priced at five euros for an adult. Entry is free for children under 16.

There is a free bus running from the city center to the racetrack at 10:15 and 11:00, making stops at the Arctic Lights Hotel, Scandic Pohjanhovi, Hotel Santa Claus, City Hotel and Scandic Rovaniemi and returning at 14:00 and 15:00.

The Porocup championship, held 17 times by Lions Club Rovaniemi Ounasvaara so far in Rovaniemi, dates back to more than 50 years, upholding the spirit of the Lappish people. This is not only a race but also a representation of the Lappish culture.

The Porocup series is one of the world’s very rare reindeer races and has been highly popular in the Arctic.