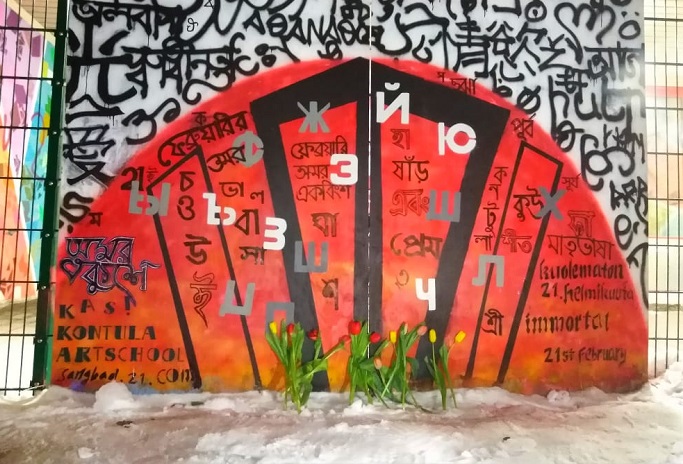 The International Mother Language Day was observed in Finland as elsewhere in the globe on February 21 with the view to preserving linguistic diversity and promoting mother tongue-based multilingual education.

They paid tributes to the Martyrs of Bangladesh (Then East Pakistan), who sacrificed their lives to establish Bangla as the state language through waging greater movement against the Pakistani rulers on 21 February 1952.

Speakers at the programme expressed their gratitude to the locals and foreigners for their presence on the occasion and sought all-out cooperation to set up a parament Martyrs' Monument in Helsinki.

The UNESCO selected February 21 to celebrate the International Mother Language Day to pay respect to the Language movement of Bangladesh in 1952.

International Mother Language Day was proclaimed by the General Conference of the United Nations Educational, Scientific and Cultural Organization (UNESCO) in November 1999. The UN General Assembly welcomed the proclamation of the day in its resolution of 2002.