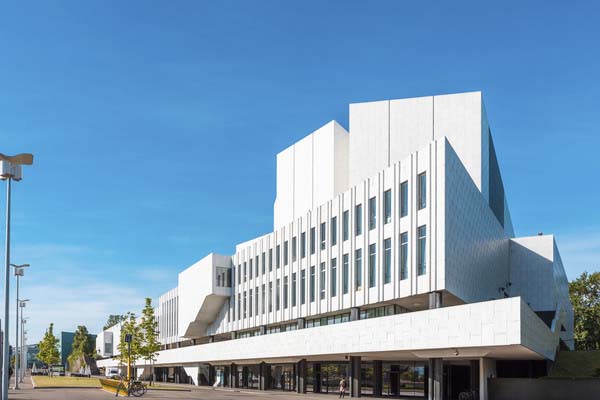 Finland has proposed inclusion of a set of 13 sites representing Alvar Aalto’s humane architecture as a cultural heritage site on the tentative list of UNESCO’s World Heritage List, said the Ministry of Education and Culture in a press release on Monday.

The holy place of worship of Ukonsaari by the Saami people in Inari will remain on the list of sites on the national tentative list.

Decisions made by the Ministry of Education and Culture are based on a proposal prepared by the Finnish Heritage Agency. The national tentative list was last updated in 2004.

“The national tentative list is a fine set of sites complementing our existing group of world heritage sites and it is in line with the policies of the national world heritage strategy. The sites on the tentative list represent our national cultural heritage in a magnificent way, and we can be globally proud of such a heritage, too,” said Minister of Science and Culture Annika Saarikko.

The set of 13 sites proposed to be included on the tentative list consists of Alvar Aalto’s Studio Aalto, Aalto House, Finlandia Hall, the main building of the Social Insurance Institution and the Helsinki Hall of Culture (Kulttuuritalo), Jyväskylä University Campus, Muuratsalo Experimental House, the Säynätsalo Town Hall in Jyväskylä, Paimio Hospital (formerly Paimio Sanatorium), the Seinäjoki Administrative and Cultural Centre, Sunila Sulphate Pulp Mill and the Residential Area in Kotka, the Villa Mairea in Pori, and the Church of the Three Crosses (Vuoksenniska Church) in Imatra.

The number of sites in the set of sites may still change when preparations start for submitting the site on the tentative list for inscription on the World Heritage List. A date for the preparation will be decided separately.

The World Heritage Convention includes a World Heritage List, which currently contains 1,121 sites. Seven sites in Finland have been inscribed on the list: Old Rauma (1991), the Fortress of Suomenlinna (1991), the Petäjävesi Old Church (1994), Verla Groundwood and Board Mill (1996), the Bronze Age Burial Site of Sammallahdenmäki (1999), the Struve Geodetic Arc (2005) and the High Coast/Kvarken Archipelago (2006, natural heritage site).