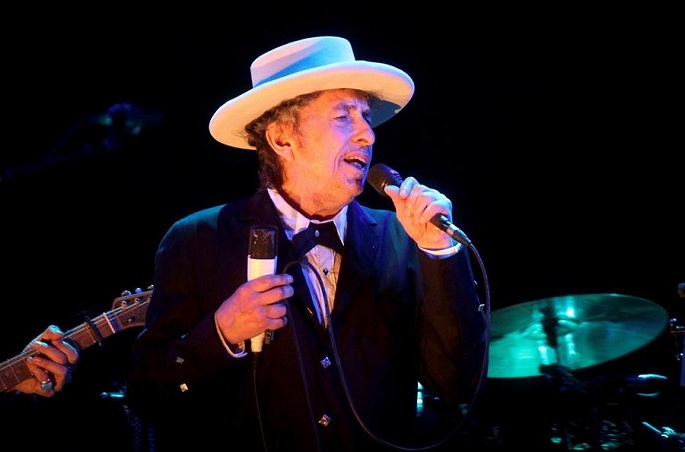 Bob Dylan, a legendary American singer-songwriter and Nobel Prize in literature laureate, has sold the rights to his entire catalog of songs to Universal Music Publishing Group, that company said in a statement on Monday, reported EFE-EPA.

The agreement encompasses more than 600 copyrights and a prolific artistic output spanning 60 years.

"To represent the body of work of one of the greatest songwriters of all time - whose cultural importance can't be overstated - is both a privilege and a responsibility," UMPG Chairman and CEO Jody Gerson was quoted as saying.

The Santa Monica, California-based UMPG noted that Dylan's songs have been recorded more than 6,000 times by an "array of artists representing dozens of countries, cultures and music genres."

But he has continued to churn out critically acclaimed music in recent decades, including songs such as "Make You Feel My Love" (off of his 1997 album "Time Out of Mind") and the Academy Award-winning "Things Have Changed" (from the 2000 comedy-drama film "Wonder Boys").

Gerson did not indicate the terms of the deal, but the United States media said it is estimated to be worth hundreds of millions of dollars.

In 2016, Dylan was awarded the Nobel Prize in literature - becoming the first songwriter to receive that honor - for "having created new poetic expressions within the great American song tradition."

The 79-year-old Dylan, who was born Robert Allen Zimmerman in Duluth, Minnesota, but legally changed his name in the early 1960s, got his start in the folk scene of New York City's Greenwich Village and gained a following with songs about key issues of that time, including the civil rights movement ("Only a Pawn in Their Game") and the US involvement in the Vietnam War ("Blowin' in the Wind").

Since then, the songwriting legend has rarely gone more than a couple of years without releasing a new studio album.

His latest album, "Rough and Rowdy Ways," was released in June of this year and includes the 17-minute "Murder Most Foul," a song that gets its title from a line in the Shakespearean tragedy "Hamlet" and which addresses the 1963 assassination of US President John F. Kennedy.