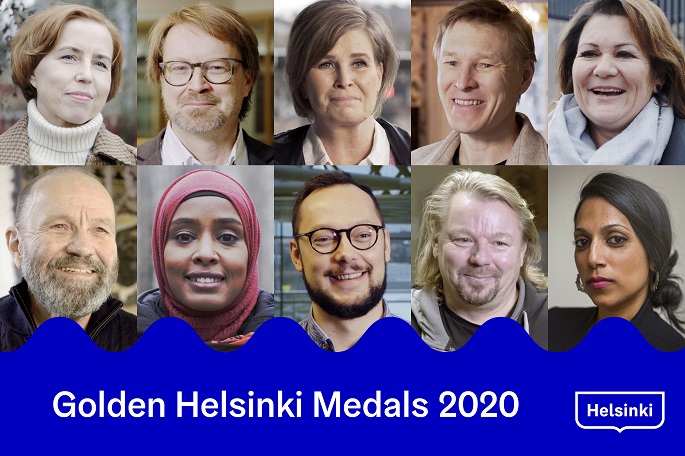 The City of Helsinki has granted Golden Helsinki Medals to 10 people on Saturday, said a press release.

Despite the challenges of the coronavirus crisis, this year’s recipients have benefited Helsinki in exemplary ways and made the city know through their international efforts.

The Golden Helsinki Medals are the highest recognition granted by the city, and the decision on the recipients is made by the City Board every year.

Traditionally, the medals have been granted in conjunction with the Helsinki Day festivities on 12 June, but due to the extraordinary circumstances resulting from the coronavirus crisis, the award-giving ceremony was postponed that time and took place now.

“The most functional city in the world is created through the efforts of people in business, culture, sports, science, arts, and communities. The recipients of the awards granted today are all wonderful examples of the courage to take action despite the prevalent crisis. They have demonstrated commitment to the community and joint efforts, which is invaluable in the battle against the coronavirus. Each one of the award recipients have, through their personal efforts, helped to highlight Helsinki’s core characteristics of stability, responsibility, and reliability, all the while staying rooted in our turbulent times and responding to the pressing demands,” said Helsinki City Mayor Jan Vapaavuori.