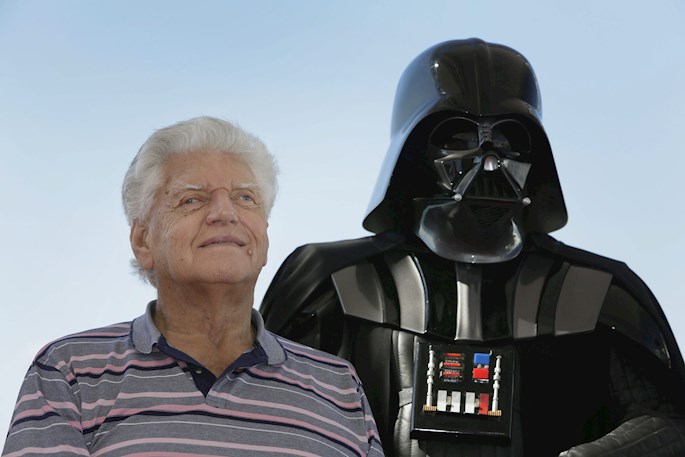 British actor Dave Prowse, whose imposing physique earned him the role of Darth Vader in the original Star Wars trilogy, has died at the age of 85, reported EFE-EPA.

His agent, Thomas Bowington, confirmed the news “with great sadness” in a message shared on social media.

Prowse, from the southwestern English city of Bristol, was also a bodybuilder and personal trainer.

Speaking to the BBC, his agent added that his death was “a truly and deeply heart-wrenching loss for us and millions of fans all over the world."

He was awarded an MBE for his role as the Green Cross Code Man, a character designed to promote road safety to youngsters in the United Kingdom.

But it was his physical portrayal of Vader that propelled him to international renown, although his West Country accent did not feature — Vader was voiced by James Earl Jones.

In the 1960s, Prowse represented England at the Commonwealth Games as a weightlifter.

Star Wars director George Lucas reportedly offered him the chance to portray Darth Vader or Chewbacca after clocking Prowse’s muscular physique as a bodyguard in Stanley Kubrick’s A Clockwork Orange.

Prowse had already had a taste of Hollywood as a personal trainer for the likes of Christopher Reeve during his preparations for the role of Superman.