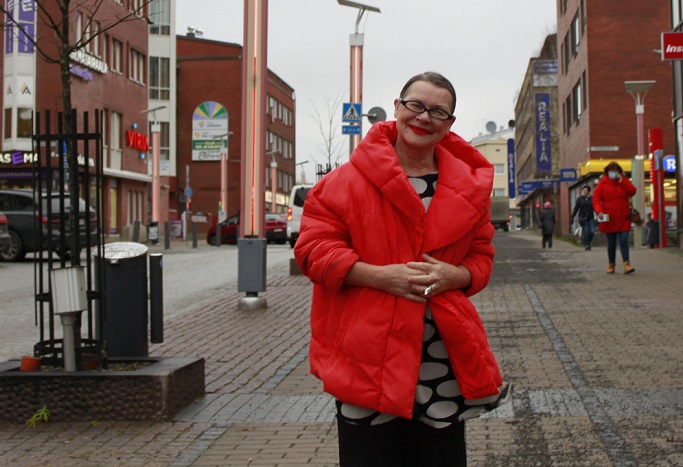 Arctic Design Week, one of Rovaniemi city’s most creative and most anticipated events, is set to take place in March next year. The Daily Finland met with Päivi Tahkokallio, the founder of Tahkokallio Design+, a strategic design agency and the president of The Bureau of European Design Associations BEDA, to discuss the challenges as well as opportunities brought by COVID-19, the future of the next Arctic Design Week and other important matters.

In the beginning of our talk, Tahkokallio shared some insights into the international cooperation of design weeks worldwide. Arctic Design Week is a member of a network known as World Design Weeks which was initially led by Helsinki Design Week. “In the beginning it was a very small group of world’s leading design weeks: a few from Europe, a few from outside Europe. It’s been expanding lately and Arctic Design Week became a member of this network around two years ago,” said Tahkokallio. The leadership in the network is rotating: Barcelona Design Week took over the lead just recently. Tahkokallio believes that this enterprise is a rather useful one for its participants: “It is a good network and I think it was very important that it was established at its time. The design weeks are so many and they all benefit from sharing the experiences and also rotating some of the contents”. Another network Arctic Design Week is part of, consists of ten design weeks organised by member organisations of BEDA, the umbrella organisation of 47 members in 25 countries in Europe.

While discussing international cooperation, Tahkokallio touched upon the subject of international participation in Arctic Design Week. “It was never meant to be a Finnish event only. Creating an international Arctic Design Week has been a task from the very beginning,” she shared. However, for a number of reasons, it has not been an easy task to create a strong international audience. “Rovaniemi is a remote place, so to attract the interest of the international audience takes time, but since day one we have always had international speakers and international visitors,” explained Tahkokallio. Unexpectedly and quite surprisingly, COVID-19 played its role in attracting a wider audience this year. According to Tahkokallio, “This March the COVID-related restrictions hit us four days before the Arctic Design Week kicked off, so we had to make really quick decisions. My advice was to not make the mistake and cancel or postpone it”. Therefore, in just a few days the organizers switched everything they could to a digital platform. “The digital presence was as strong as we could make it in a few days. When you do things on a digital platform your audience can be global. We certainly created a shift towards possibilities related to an international event,” Tahkokallio pointed out. She continued, “Arctic Design Week has become a local on-site platform for the City of Rovaniemi and for the region around us. The basic difference between on-site events and the digital ones is that we see the digital audience as the global audience. In the past, before COVID-19, local events tried to get an international audience as well. Every city that organises a design week hopes that a lot of people will travel there and stay in the hotels, do a lot of shopping, and attend events. This will perhaps not be possible anymore, so we will have to make a shift in the focus. We will have to prepare much smaller events and the challenge there is that it might become an elitist concept where you can only serve very few people, so that’s one of the questions we need to find answers for”, she concluded.

Further on, Tahkokallio answered probably the most popular question about pretty much any event held nowadays – “How is it going to be organised during the pandemic?” According to her, “The current plan is that the Arctic Design Week in 2021 will become a hybrid event: partly on digital platforms, partly with local events. The hybrid model is also actively investigated in other parts of Europe as well as collaborative models between design weeks, ” Tahkokallio does not quite agree with the policy of postponing events numerous times as it takes a lot of energy and resources.

Constant brainstorming and development of new solutions and ideas are reflected in the theme of Arctic Design Week in 2021: Be Proactive. Explaining the concept behind the theme, Tahkokallio revealed that “the theme was published at the end of the design week in March when what we had behind us was quite a chaos due to Covid-19. We started thinking about what will be a valid issue in one year's time in the world. Nobody really knows what will happen. But what we can decide is whether we will be proactive or reactive.” This is how the decision to be proactive has turned into a value statement from design week itself. The theme of success during difficult and challenging times will be the key one during the next Arctic Design Week. “We will analyze and discuss why in situations where we face sudden challenges or even catastrophes some actors succeed, whether they are individuals, organizations, or private businesses, and some don’t. After that we can start thinking how we can learn from this experience and start finding out ways to succeed and then share them through design methods to individuals, organisations, and others. This is the key issue that we want to discuss in the forums next year: what are the different ways we can be proactive and what is the design’s role there,” Tahkokallio shared. She spoke more about the plans concerning next year’s design week speakers: “We want to invite not only design professionals to talk about this, but as many researchers and business leaders from different fields, who can have a look from their own angle on the same issue. Only then we can create a dialogue with the designers,” added Tahkokallio.

Speaking of the mission carried out by Arctic Design Week, Tahkokallio pointed out that it is twofold by its nature, having two primary objectives. The first one, typical for all design weeks, is to serve as a platform to showcase and communicate the outcomes of design. “One of the good reasons for using design week as a platform or as a showcase is because Rovaniemi happens to be a city with a university which has an extensive faculty of art and design.. There are new outcomes on a regular basis, so it makes sense to have a platform where we can communicate what we have managed to do not only in the city, but in the whole region as well,” Tahkokallio explained. The second objective is more challenging, but equally important one, according to Tahkokallio. She strongly believes that a design week should also be a catalyst: “It should be a platform where new things can be kicked off. The one where absolutely innovative, bold, and courageous thinking happens.” 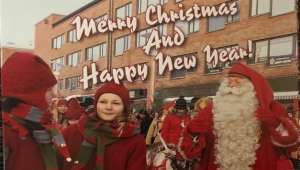 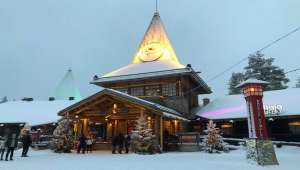 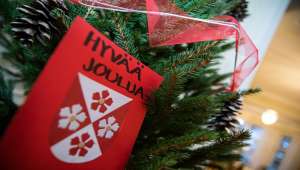 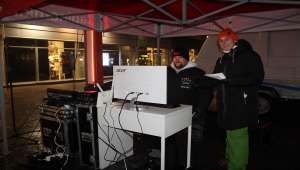