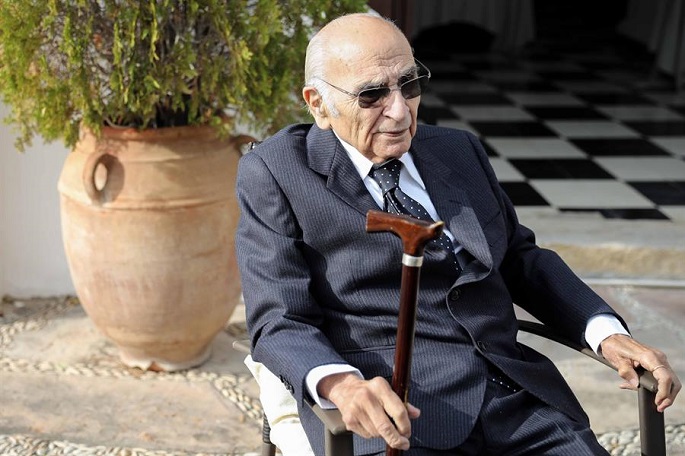 Spanish poet and academic Francisco Brines said after receiving the news on Monday that he had been awarded the 2020 Cervantes Prize that he is happy that "my poetry, which I have always written, had achieved its destiny" and that although this is a recognition that "I did not expect," he was accepting it "with great emotion."

Brines, born in the eastern city of Oliva in 1932, made his remarks in a telephone conversation with EFE from his home "Elca" in his hometown, adding that the first person he thought of after receiving the phone call from Spanish Culture and Sports Minister Jose Manuel Rodriguez Uribes was his mother and how she would react to the award since when he told her that he wanted to become a poet "she thought about what journeys (her son) would go on" and where such a career would take him, reported EFE.

The poet has always thanked his parents for respecting his work as a poet, despite coming from a world "that had nothing to do with letters," and he has said that they always supported him on the road he had selected.

Brines, whose health is very delicate, encouraged current generations of poets to continue their work.

For the poet - who in 2019 received the High Distinction from the government of the Spanish region of Valencia, where Oliva is located - poetry should also serve as a "refuge" during the current Covid-19 crisis because it has the power to "heal" the soul.

Last December, Brines accepted from the hand of the president of the Valencian regional government, Ximo Puig, the High Distinction award granted by the regional authorities to its most illustrious citizens.

In his acceptance speech at the time, he thanked his family, above all his father, an orange merchant who early on taught him "a great lesson" - respect for his love of literature.

"Don't let the need to write poetry stop being extraordinary, whether it's excellent or mediocre," in changing life into words, he said.

After presenting the award, Puig on his Twitter account called Brines the "first Valencian Cervantes" adding that the poet is "a great person" who "taught us that we are a parenthesis between two nothings" and is the "author of melancholy and of a look into a past that neither poetry nor memory can restore."