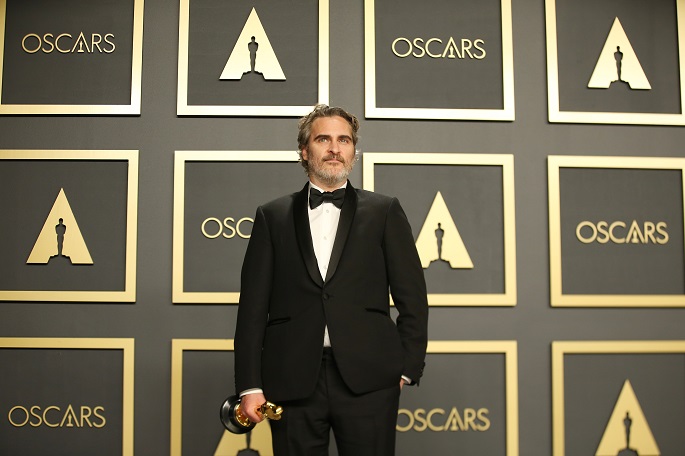 Joaquin Phoenix poses for photos after winning the Best Actor award for "Joker" at the 92nd Academy Awards ceremony at the Dolby Theatre in Los Angeles, the United States, Feb. 9, 2020. Photo Xinhua/Li Ying.

Joaquin Phoenix won the Oscar for Best Actor for his unnerving performance in psychological thriller film "Joker" at the 92nd Academy Awards ceremony held at the Dolby Theatre in the U.S. city of Los Angeles on Sunday night.

This is Phoenix's fourth Oscar nominations but first win, beating out strong rivals including Antonio Banderas ("Pain and Glory"), Leonardo DiCaprio ("Once Upon a Time in Hollywood"), Adam Driver ("Marriage Story") and Jonathan Pryce ("The Two Popes").

Phoenix had already taken home trophies at the Golden Globes, Critics' Choice, Screen Actors Guild, and British Academy Film Awards for his role in the film as Arthur Fleck, a failed stand-up comedian who descends into insanity and nihilism.

The 45-years-old actor, well known for his green advocacy, stressed in his acceptance speech Sunday night that people should rethink their relationship with nature.

"I think that we've become very disconnected from the natural world ... what we're guilty of is an egocentric worldview -- the belief that we're the center of the universe," Phoenix said. "We go into the natural world, and we plunder it for its resources."

Phoenix said that he believes sometimes people "fear the idea of personal change because we think that we have to sacrifice something to give something up."

"But human beings, at our best, are so inventive and creative and ingenious, and I think that when we use love and compassion as our guiding principles. We can create, develop and implement systems of change that are beneficial to all sentient beings and to the environment."

On Jan. 10, Phoenix was arrested with actress Jane Fonda -- who announced the Best Picture Award -- at a climate change protest outside United States Capitol building in Washington D.C. At the protest, Phoenix spoke about the link between animal agriculture and climate change. 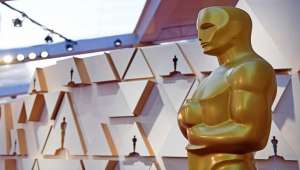