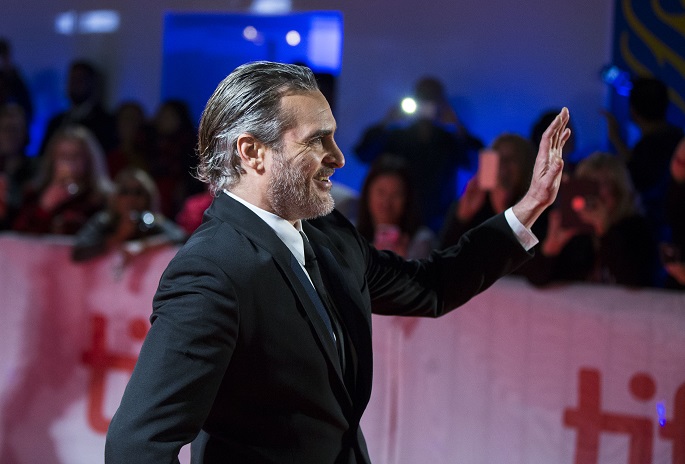 Psychological thriller film "Joker" led the race for the 92nd Academy Awards, or the Oscars, with 11 nominations, the Academy of Motion Picture Arts and Sciences announced on Monday.

Based on DC Comics characters, "Joker" is directed by Todd Phillips and stars Joaquin Phoenix in the lead role. The highest-grossing R-rated film ever follows the devolution of Arthur Fleck, a mentally ill failed stand-up comedian who turns into the killer-clown Joker. The film has been a subject of significant controversy in the United States since it premiered at the Venice and Toronto film festivals last year.

"Joker" picked up nominations across a series of major categories, including best picture, best actor for Phoenix and best director for Phillips.

Three films were close behind "Joker" with 10 nominations each: mob drama "The Irishman," World War I epic "1917" and comedy drama "Once Upon a Time in Hollywood."

There are nine nominees for best picture award this year. "Joker," "The Irishman," "1917," and "Once Upon a Time in Hollywood" will compete for the top trophy against "Ford v Ferrari," "Jojo Rabbit,""Little Women," "Marriage Story" and "Parasite."

Phillips, Sam Mendes ("1917"),  Martin Scorsese ("The Irishman"), Quentin Tarantino ("Once Upon a Time in Hollywood") and Bong Joon-ho ("Parasite") were nominated for the Best director award. No female director was nominated in the category once again.

The best actor race is very competitive. Phoenix is widely seen as the front runner after he won his second Golden Globe for best actor at the 77th Golden Globe Awards earlier this month for his portrayal of the killer-clown Joker. He will compete against Antonio Banderas ("Pain and Glory"), Leonardo DiCaprio ("Once Upon a Time in Hollywood"), Adam Driver ("Marriage Story") and Jonathan Pryce ("The Two Popes").

Battle for best actress will be among Cynthia Erivo ("Harriet"), Scarlett Johansson ("Marriage Story"), Saoirse Ronan ("Little Women"), Charlize Theron ("Bombshell") and Renee Zellweger ("Judy"). Erivo is the only woman of color nominated for an acting Oscar this year while Zellweger is widely considered a favorite after she took home her fourth Golden Globe for best actress earlier this month.

Both Al Pacino and Joe Pesci were nominated for best supporting actor award for "The Irishman." They will face off against Tom Hanks ("A Beautiful Day in the Neighborhood"), Anthony Hopkins ("The Two Popes") and Brad Pitt ("Once Upon a Time in Hollywood").

"How to Train Your Dragon: The Hidden World," "I Lost My Body," "Klaus," "Missing Link" and "Toy Story 4" are on the list in the best animated feature competition.

"American Factory," the first film from former U.S. First Couple Barack and Michelle Obama's Higher Ground Productions, will compete against "The Cave," "The Edge of Democracy," "For Sama" and "Honeyland" in the category of best documentary feature. Directed by Academy Award-nominated filmmakers Steven Bognar and Julia Reichert, the documentary tells the story of Chinese company Fuyao's factory in the U.S. state of Ohio.

The 92nd Academy Awards will be held on Feb. 9 at the Dolby Theatre in Hollywood, Los Angeles.