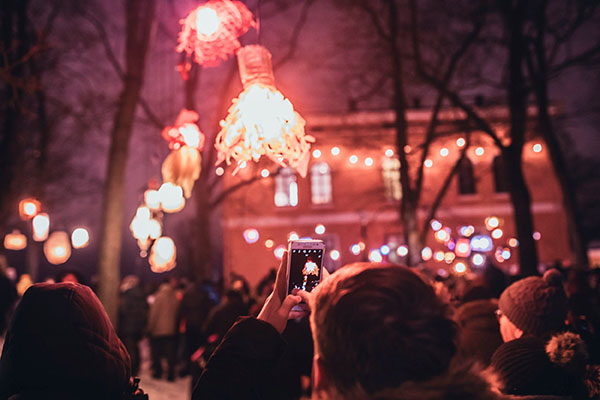 The light festival CALLED Lux Helsinki will create a magical atmosphere in Helsinki from 4 to 8 January, when dozens of installations invite the public to enjoy exciting art and the city bathed in light, said a press release issued by the City of Helsinki.

Helsinki’s courtyards, parks and architectural gems will once again be transformed into unique urban art installations beginning this Saturday, when Lux Helsinki lights up the city for five days in a row.

The official route stretches from Helsinki Cathedral to the Tokoinranta shoreline and comprises nine installations.

The theme of nature is highlighted in several of this year’s installations. Mirrorowl (Bubo speculus) by Jere Suontausta is a sculptural light installation that hoots from a tree branch, casting its stare on us on the verge of climate catastrophe and mass extinction.

Magic Mirror by artist Meri Ekola in turn has been inspired by its location surrounded by water at the Tokoinranta boat dock, which led her to think about our eternal attraction towards mirrored images.

The Lux Architecture series showcases exceptionally beautiful buildings in Helsinki, and this year it shines the light on the Helsinki City Theatre. The installation day and night at the end of the official route transforms the façade of the building into a landscape that reminds us of the stunning beauty of the nature that surrounds us. The installation has been designed by EeroHelle from Visual45 and features music by Kimmo Pohjonen.

Environmental values are also promoted in the arrangements for the festival: Lux Helsinki compensates for the CO2 emissions of all the installations during the opening hours of the event.