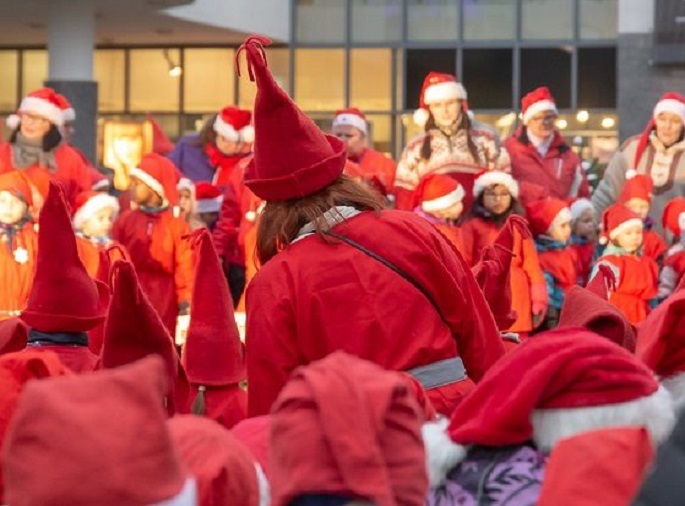 Rovaniemi will celebrate Elf Hat Day this year on November 29 to share happiness and joy among people, ahead of Christmas.

“The goal of Elf Hat Day is to increase your everyday wellbeing by sharing the joy of Christmas with your friends, at home, at school, at work and wherever you go during the day. Participation is easy: just wear an elf hat!,” said Tarja Kuoksa, the manager of Early Childhood Education at the Rovaniemi City Council to the Daily Finland.

On Elf Hat Day everyone in Rovaniemi can wear an elf hat. At least the students of dozens of kindergartens and many schools, the staff of several companies, many employees and citizens of Rovaniemi do it, said Päivi Pihlaja, event organizer from Early Childhood Education at the Rovaniemi.

“On the Elf Hat Day many people of different ages in Rovaniemi do small and slightly larger acts to bring joy to others.Little good acts bring to big joy on Elf Hat Day! If everyone does a little good deed, there would be great joy for everyone,” said Pihlaja.

Pointing out a few examples, Pihlaja said the Elfish Carousel scheduled to be held at the city’s Lordi’s Square at 9:30am brings many people together to share the festivity of Christmas.

“Some of the cards were made by the children of Yamaguchi, a Christmas city in Japan. They have sent Christmas cards to the City of Rovaniemi. On Elfish Carousel elves give cards to the elderly. They

hand out the cards through senior service units, home services, hospitals, etc,” said Pihlaja, adding that some kindergarten students will go to elderly homes and share Christmas happiness among the pensioners by giving self-made Christmas cards.

On Elf Hat Day people and communities are making good things. For example Likiliike Rovaniemi gives charity donation of EUR 2000. Rovaniemians have been able to suggested through the Facebook of the Likiliike, which organizations will receive a donation of 2000 €. The object of the donation will be named in Elfish Carousel.

The Elfish Carousel will be streamed live on the Facebook page of Rovaniemi City. You can also watch the Elf Carousel later on the Youtube channel of the City of Rovaniemi.