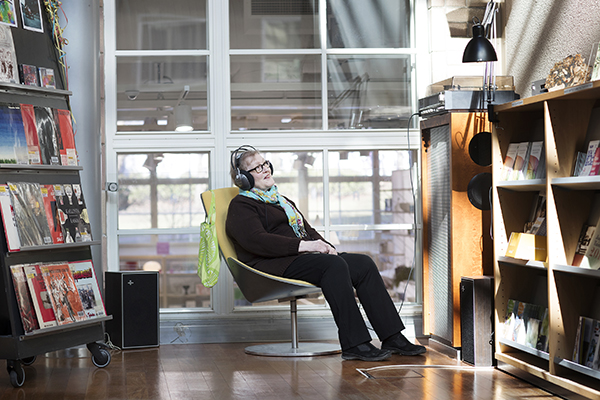 Helsinki City Library has launched a project to educate customers in music, how to make music and how to experience music.

The project allows library customers to familiarize themselves with new music contents and to try out making music, said a press release of the city of Helsinki.

The project, begun in October 2019, will extend to the end of 2020. The project also trains the library staff in music pedagogy and equips them with skills to better present library collections and services to customers.

Physical loans of music from libraries and physical sales of music have been reduced as music offerings have largely moved to the web. Digitalization has, however, diversified music offerings to consumers and offers them new opportunities. The new project seeks to familiarize both library customers and the library staff with these opportunities.

The listening groups and workshops are most suitable for those who wish to listen to new music or to try out making music. One purpose of the project is to reach those citizens who may not previously have used library services at all.

The majority of the listening group meetings and music workshops will be held at the Pasila Library, which has one of the largest collections of recordings in the Helsinki metropolitan area. The Pasila Library collection includes roughly 30,000 music CD’s alone. The project is also joined by other active music libraries in Helsinki, that is, the Itäkeskus, Kallio and Töölö Libraries.

The first music workshop will be held at the Pasila Library on Thursday 31 October, from 17–19. This workshop will allow participants to make music creatively and to enjoy the music. The music workshops will focus on diverse topics including biological rhythms, song writing and signing. The workshop leader is the musician and music educator Tuuli Wallenius. There will be five music workshops during the autumn of 2019 and the spring of 2020. The workshops will be conducted according to the wishes of participants. No registration or earlier experience with music making is required.