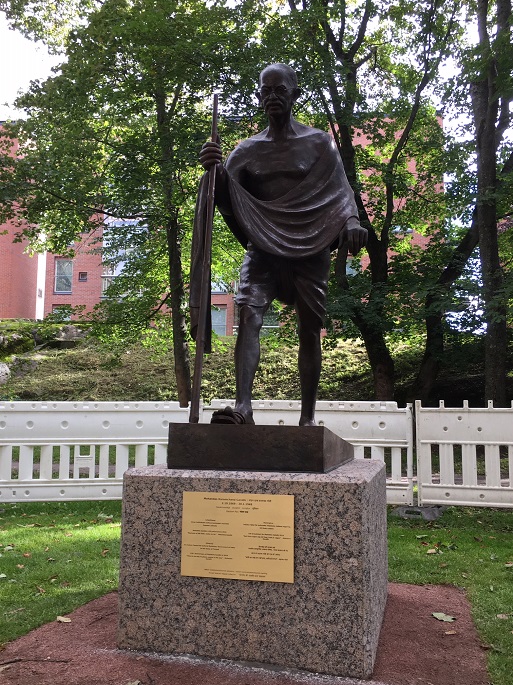 A statue of the late Indian leader Mahatma Gandhi will be unveiled in Helsinki on Friday afternoon.

Minister for Foreign Affairs Pekka Haavisto and his visiting Indian counterpart Subrahmanyam Jaishankar will attend the unveiling ceremony at Allotrianpuisto in Hämeentie area of the city.

This year marks the 150th birth anniversary of Mahatma Gandhi (1869-1948), leader of India’s freedom struggle, who stood for values such as non-violence, truth and peaceful coexistence, said a press release issued by the Indian embassy to Helsinki.

To honour his extraordinary legacy, the Indian government is gifting a life-size statue portraying Mahatma Gandhi to the government of Finland.

The City of Helsinki has cooperated with the Indian embassy and the Finnish government, among other things, by providing a location for the statue.

The statue portrays Mahatma Gandhi in his iconic simple attire. The bronze statue is 185 cm tall and stands on a pedestal made of Finnish ‘Baltic Brown’ granite.

It has been designed and sculpted by the Indian sculptor Gautam Pal, whose works, including numerous statues and busts of Mahatma Gandhi, India’s Nobel laureate in Literature Rabindranath Tagore, and other important figures of Indian history, can be found in cities all over the world.