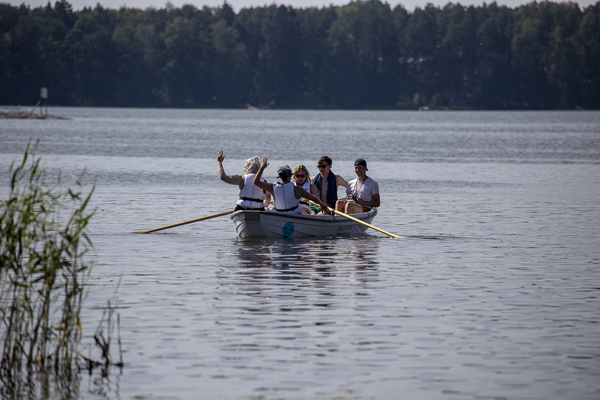 The city’s row boat season will continue until the end of October, so anyone can go rowing, for example, to admire the autumn colours on Helsinki shorelines, said a press release issued by the City of Helsinki.

The Skipperi city row boat service has provided people in Helsinki with no boats of their own an opportunity to go rowing over the summer months.

Skipperi city row boats can be found at three locations: near Finlandia Hall at the Töölö Bay in the Töölönlahti area, the boat point at the Aurinkolahti beach in Vuosaari, and Café Torpanranta in Laajalahti, Munkkiniemi.

A city row boat can be rented online and be used for three hours. The boat service charges a basic fee of 25 euros per season.

The arrival of city row boats in Helsinki is part of the city’s Maritime Strategy Project. The boats expand the maritime reach of Helsinki residents, and they encourage residents to use the city shorelines. At the same time, the service also supports the goals of Helsinki’s physical activity programme.