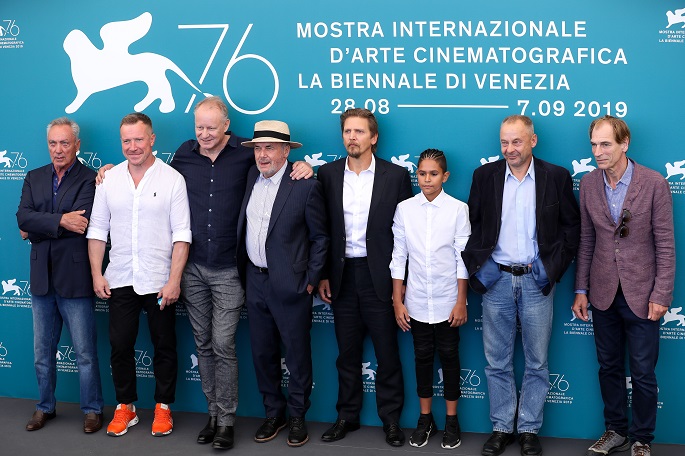 Director Vaclav Marhoul (2nd R) and other cast members attend a photocall for the film "The Painted Bird" during the 76th Venice Film Festival in Venice, Italy, on Sept. 3, 2019. Xinhua/Zhang Cheng.

"The Painted Bird" by Czech director Vaclav Marhoul premiered in competition at the ongoing Venice Film Festival on Tuesday, with a black-and-white evocation of a boy's survival through the bloody end of Second World War.

It was described by the filmmaker as a "completely timeless story of a struggle between darkness and light."

"The Painted Bird is not a war film, nor even a Holocaust film... the story forces us to ask ourselves many unpleasant questions, and to find for them, by ourselves, often very painful answers," Marhoul explained in the movie's presentation.

Adapted from the 1965 novel of the same name by Polish-American writer Jerzy Kosinski (the original novel's authorship has been contested), "The Painted Bird" is set in the Eastern Europe's countryside in the final phase of World War II, as it is seen through the eyes of a little boy.

The protagonist played by young Petr Kotlar is entrusted by his persecuted Jewish parents to an elderly woman as foster mother.

Yet, he would soon find himself alone, clinging to life as much as he can, and wandering from village to village through brutal soldiers, family violence, and superstitious peasants.

His survival through the overall chaos and horror of the war would leave him "changed forever."

Yet, Marhoul also added that "through all the horrors is, for me, hope... this is how I read 'The Painted Bird'."

The Czech director's movie competes for the Golden Lion in the main selection of Venice FF along with 20 others.

The 76th edition of Venice FF will run until Sept. 7. 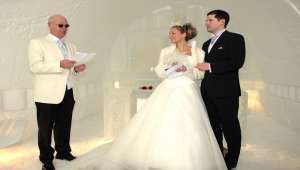 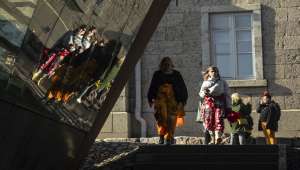 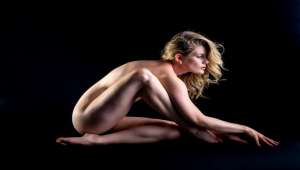 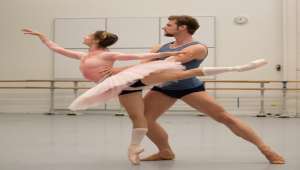 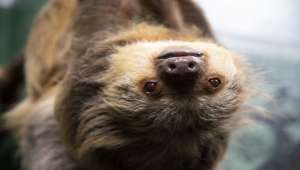 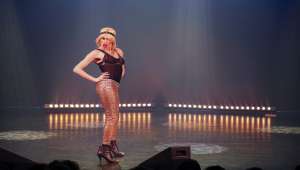