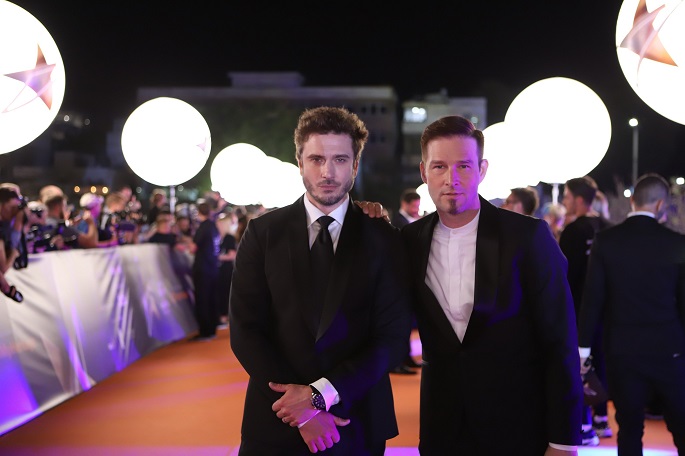 The 41 delegations of the 2019 Eurovision Song Contest stopped for a quick pose on their way down the Orange Carpet in Tel Aviv, Israel. Photo Eurovision by Thomas Hanses.

Thousands of fans came to see and cheer delegations from 41 countries who take part in the competition.

The duo will perform the song "Look Aaway".

The song was selected by an international jury and the Finnish people.

The 64th Eurovision edition will consist of three main events, the final on Saturday, May 18, and two semi-finals on Tuesday, May 14 and Thursday, May 16.

The slogan of the contest is "dare to dream," and this aspirational tag line symbolizes inclusion, diversity, and unity, according to the organizers.

Last year, Israeli novice singer Netta Barzilai won the Eurovision in Lisbon with her song "Toy." The winning has brought the competition to Israel the following year, as a tradition of passing the hosting to the champion's country.

The Eurovision Song Contest started with just seven participating countries in 1956. Over 1,500 songs across the years have taken part in the annual events.

With seven victories, Ireland is the most successful country at the contest. Sweden won the competition six times, while Luxembourg, France, and Britain won five times.