Avengers: Endgame becomes fastest film ever to earn $2b worldwide 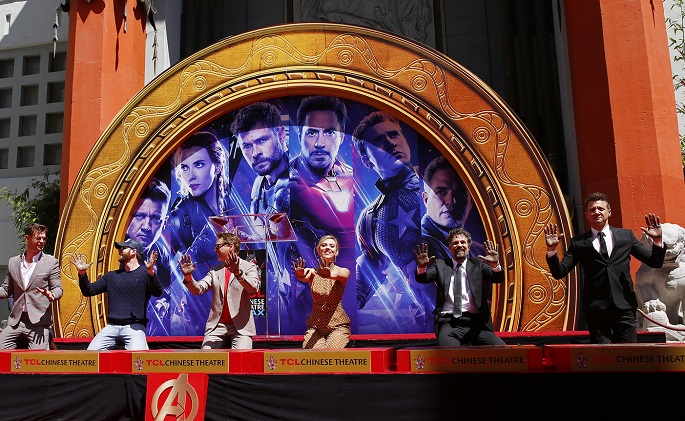 Fueled by its performance in the China market, Disney and Marvel's mega-blockbuster "Avengers: Endgame" became the fastest film to cross the 2-billion-U.S.-dollar mark at the worldwide box office in history, doing so in only 12 days after it was released with a global total of 2.189 billion dollars.

Directed by Anthony Russo and Joe Russo, "Avengers: Endgame" is a superhero film based on the Marvel Comics superhero team the Avengers. It's the 22nd installment of the Marvel Universe franchise and purported to be the last with this star lineup. The film follows the surviving members of the Avengers and their allies who work to reverse the damage caused by Thanos in Infinity War.

China is the film's top grossing international market. The epic finale film took in around 80 percent of the Chinese mainland May Day Holiday box office.

According to the major Chinese online ticketing service Maoyan, since its debut on April 23, the film's total box office in China reached 3.88 billion yuan (576 million U.S. dollars) to date, ranking third in Chinese mainland box office history, only after the homegrown sci-fi "The Wandering Earth" and the Chinese action movie "Wolf Warrior 2."

The film had broken all previous opening weekend records in China as it brought in a massive 329 million dollars over its five-day launch weekend in China, exceeding the 270 million dollars prediction by analysts.

"China has embraced 'Avengers: Endgame,'" said Paul Dergarabedian, a senior media analyst at Comscore, adding that "the results have been nothing short of astounding."

"The film keeps on rewriting the record books around the world and of course in China where a love of cinema and the movie theater experience has made this essential movie market one of the key drivers in the film's massive and unprecedented success," he told Xinhua.