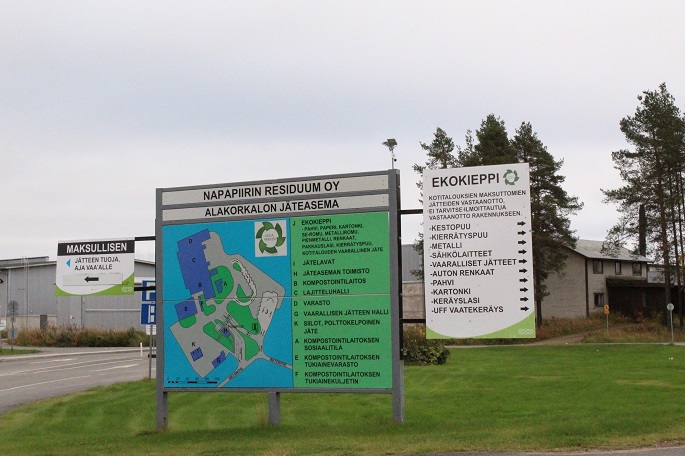 Rovaniemi is one of the 10 Finnish municipalities committed to promote circular economy in an ambitious and concrete way.

Rovaniemi City Architect Tarja Outila said, in the wake of strong emphasis received from local policymakers on promoting new businesses that would be operated in a responsible way, the city has set ambitious targets to become the leading Arctic circular municipal economy.

“In November the local council approved the city budget for 2018. According to the budget, the City of Rovaniemi will execute several development projects in which the focus will be on circular economy,” Outila told the Daily Finland.

She said the local executives have just recently decided that recycled materials should be used in public buildings whenever possible, that the city would increase the number of electric car-charging units, and that the use of recycled materials will be promoted in acquisition of products whenever applicable.

“The city is active in partnerships and participatory decision-making and planning. There is a common will to act in an environmentally sensitive and innovative way. Local products, innovations and expertise in Arctic conditions will be the basis for the success in implementing circular economy in processes, services and products,” explained the city architect.

Highlighting the advantages of Rovaniemi compared to other Finnish cities in instituting a circular economy, Outila said, “Rovaniemi’s location is unique: on the Arctic Circle. The city is world famous and active in international relations. It is active in the World Winter Cities Association of Mayors [WWCAM], with the mayor of Rovaniemi serving as its vice president. Tourism and services are important trades in the city.”

She termed Napapiirin Energia ja Vesi Oy and Napapiirin Residuum Oy very innovative and active in promoting circular economy in their processes and said Rovaniemi is drawing up several plans in which log or wooden houses dominate, as, according to Outila, circular economy provides for new housing, services, maintenance, and cityscape solutions.

Satu Pekkala, the circular economy and environment director at Napapiirin Energia ja Vesi Oy, said her company took part in devising the road map to Rovaniemi’s circular economy. “Our aim is to make a decision about biodegradable waste treatment,” she said, adding, “We have signed the Society´s Commitment to Sustainable Development.”

Pekkala said her company aims at promoting the use of recycled materials in land-based constructions. “Our aim is to develop waste recycling.”

The company is also pledged to settle the amount of wastes at the level of 2000. According to Torvinen, these goals can be reached by preventing waste generation and channelling more waste materials into recycling.

He pointed out that Ekokieppi, an Eco-round in Alakorkalo waste sorting station, makes recycling in the Rovaniemi area very easy. Households can bring their recyclable wastes at the site free-of-charge.

“The Eco-round has been improved this fall and should now serve customers even better than before. In addition to this, Napapiirin Residuum is developing their logistical services so that collecting and sorting of waste can happen as close to the place where the waste is produced as possible,” said Torvinen.

The 10 Finnish municipalities that have committed to promoting circular economy are free to select the methods to be used for attaining their goals. These will initiate new businesses, activate their citizens, and create new collaborative opportunities with different actors, said the Finnish Environment Institute (SYKE) in recent press release.

“Even on a global scale, the plans of these municipalities are ambitious. For example, they’re planning to recover precious metals from electronic waste, utilise the side flows of the forest and mining industry as a replacement for concrete, create a bioindustry park and circular economy cluster, transform a landfill into a renewable energy production area, and construct a smart and low-carbon infrastructure. Many of the municipalities also want to involve their citizens in the development of the circular economy,” said SYKE Head of Unit Tuuli Myllymaa.

The seven-year project is part of the EU Life programme and has a budget of almost 19 million euros.

As the first Finnish municipal network, the municipalities of Jyväskylä, Kuopio, Lahti, Lappeenranta, Porvoo, Riihimäki, Rovaniemi, Turku and Vantaa intend to implement the goals of the national waste plan by recycling at least 55 per cent of their municipal wastes, by utilising at least 70 per cent of the construction and demolition waste as raw materials, and by decreasing the amount of waste that they generate to the level that it was in 2000 by 2020.