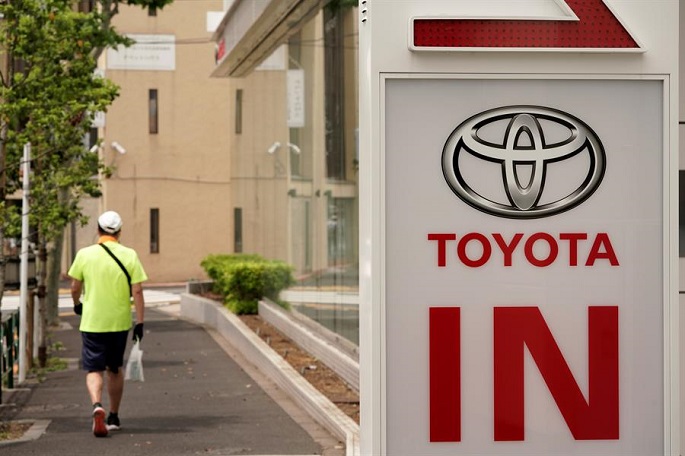 The logo of Toyota Motor is seen at a dealer in Tokyo, Japan. File Photo: EPA-EFE.

Japan's auto manufacturer Toyota on Friday reported record figures in both global sales and production in October thanks to the second consecutive monthly increase in both categories, reported EFE-EPA.

Toyota has been recovering its sales after a sharp fall due to the spread of the COVID-19 pandemic, which forced the firm to stop production in many factories.

When combined with sales of the Daihatsu and Hino brands, which are more focused on the local market, there were a total of 927,623 units sold, up 8.6 percent on the same month last year.

"Results in October were driven primarily by sales in the U.S. and China, and global sales were up approximately 8 percent year-on-year," Toyota said in a statement.

Regarding production, there was an increase both in the Toyota brand (up 9 percent) and in the group as a whole (up 6.5 percent). In October, Toyota manufactured 845,107 vehicles of that brand and 979,232 for the entire group.

"Results in October were driven primarily by production in China and Japan, and production was up approximately 9 percent year-on-year," the statement said.

In the US, production of Toyota-brand vehicles grew by 0.4 percent in October compared to the same month in 2019, while in China it rose by 10.3 percent.