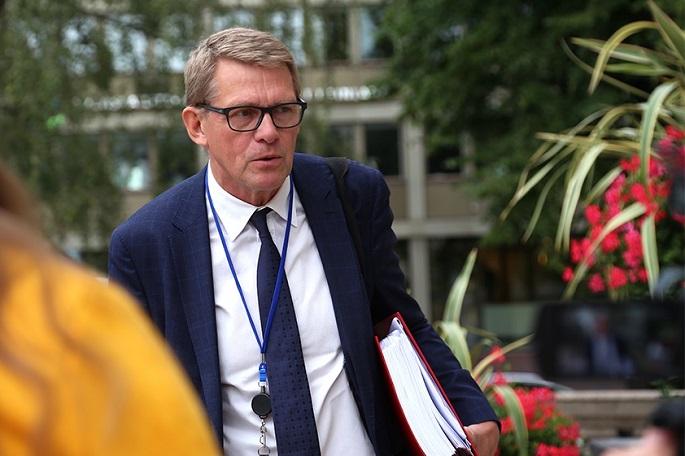 The five-party alliance government has prepared a budget proposal of 61.6 billion euro for the year 2021.

Finance Minister Matti Vanhanen on Wednesday disclosed the proposal from a press conference, pointing out that the proposal has been made based on an estimation keeping the coronavirus situation in consideration.

The amount of spending proposed in the draft budget is made following a forecast of the finance minister that the economy of the country will grow by 2.5 per cent next year.

Leaders of the ruling parties will hold discussions on the proposal in September to finalise it.

Vanhanen said the country expects a deficit of about seven billion euro in 2021 and that the government debt would amount to 132 billion euro by the end of next year.

He said the original government programme taken by Antti Rinne, the former prime minister, earmarked to balance the public finances by 2023. But now that time limit has been expanded to 2030, following the situation of coronavirus outbreak.

The budget will propose to increase taxes on alcohol, cigarettes and heating oil.

The state’s revenue next year is expected to increase by 14 per cent; however, the tax hikes the government has proposed would not play any significant contribution in it, said Vanhanen.

There will be no major change to the income-tax levels and work-related taxes, but reforms to property taxes will be deferred, said the minister, adding that the lower income limit for businesses and entrepreneurs to collect and hand over value- added tax (VAT) will rise to 15,000 euro.

Taxes on electricity for commercial use will also be reduced, said the minister.

The full text of the budget proposal will be published on the website of the finance ministry on Thursday, said an official press release.