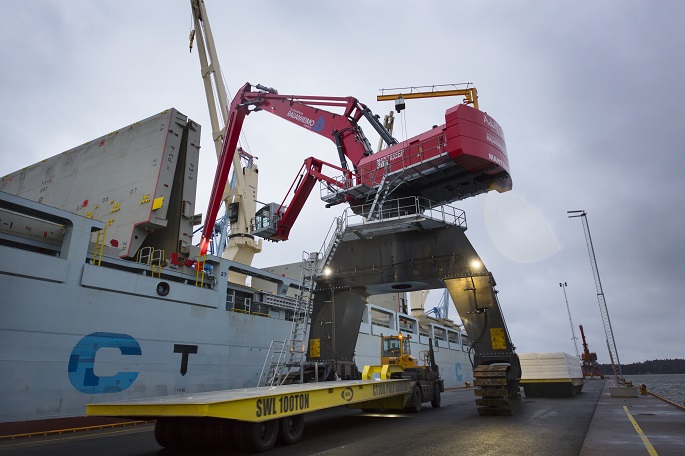 The pandemic is also the main reason for the turnover of the port taking a nosedive during the first half of the year.

The number of liner traffic passengers between January and June was 2.4 million, which is 55.3% less than that in the corresponding period of the previous year.

The traffic through the Port of Helsinki during the first months of the year was almost as expected, but the coronavirus pandemic led to passenger transport being restricted and ship travel was halted almost completely in mid-March.

In mid-May, some of the travel restrictions were lifted, and the passenger numbers gradually began to recover. Shipping companies introduced new connections in place of Stockholm traffic in particular, which is not expected to start up again until autumn.

The COVID-19 situation impacted strongly the international cruise traffic in particular. At present, it is uncertain whether this traffic will be able to resume at all this year.

Meanwhile, the total volume of cargo traffic through the Port of Helsinki was 6.6 million tonnes (-9.2%) during the first half of the year.

For cargo traffic, the first months of the year were somewhat slow, primarily due to the labour market situation and the COVID-19 situation in China.

However, cargo traffic picked up between March and April, when the society was preparing for difficulties in delivery on account of the situation. After this, the amount of cargo traffic has been roughly 10% lower than that in the previous year.

The company’s cost structure has been adapted, and savings have been achieved in all cost groups. During the first half of 2020, investments amounted to EUR 10.9 million, but the company has been forced to defer some of the investments planned for this year to the coming years.

“However, the most important investments, including the deepening of the Vuosaari fairway and sustainable development projects, will be implemented as planned,” said Port of Helsinki CEO Ville Haapasaari.