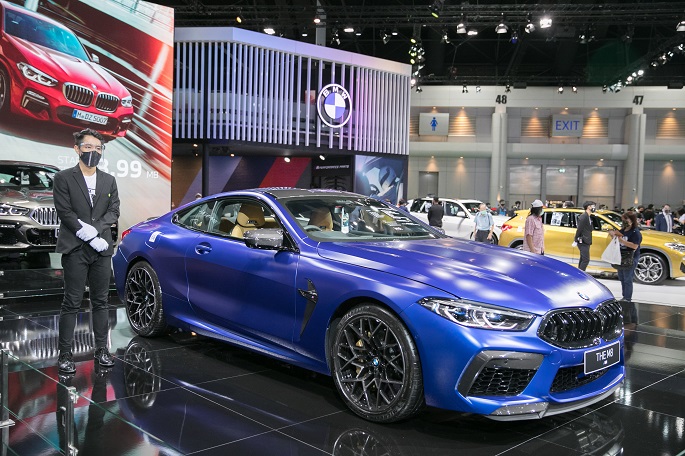 Net profit of BMW Group plummeted 82.5 percent year-on-year to 362 million euros during the first half (H1) of the current financial year, the German carmaker announced on Wednesday, reported Xinhua.

Revenues of BMW fell by 10.3 percent to 43.2 billion euros in H1, according to the German company. In total, BMW delivered 962,575 vehicles of its brands BMW, MINI and Rolls-Royce to customers worldwide, a drop by 23 percent.

"The negative impact of the coronavirus pandemic was felt more sharply in the period from April to June," BMW noted.

In the second quarter (Q2), group profit before financial result fell sharply to a negative amount of 666 million euros, down from 2.2 billion euros at the same quarter last year. However, a "strong performance" by the BMW Brilliance Automotive Ltd. joint venture in China contributed to an improved financial result.

"Our swift responsiveness and consistent management strategy enabled us to limit the impact of the coronavirus pandemic on the BMW Group during the first half of the year," said Oliver Zipse, chairman of the board of management of BMW AG, in Munich on Wednesday.

After implementing cutbacks at many of its plants in March as a response to the COVID-19 crisis, BMW "initiated a coordinated restart" of its production facilities in the second quarter. Since mid-June, all its manufacturing plants had again been working in regular shifts.

In Europe, deliveries of BMW, MINI and Rolls-Royce vehicles dropped by 32.3 percent to 372,754 during the first six months of the year. Sales recorded in Germany fell by 27.9 percent to 116,362 units.

In China, a "more positive trend" occurred from April onwards, BMW noted. Due to the growth of sales in Q2 compared to the previous year, six-month sales in China only decreased by 6 percent to 329,447 units.

Despite the overall decline of sales, the number of electrified BMW and MINI vehicles delivered to customers rose by 3.4 percent to 61,652 units in H1, according to BMW.

"We are now looking ahead to the second six-month period with cautious optimism," stressed Zipse. BMW continued to expect an EBIT margin between 0 and 3 percent for its automotive segment in 2020.