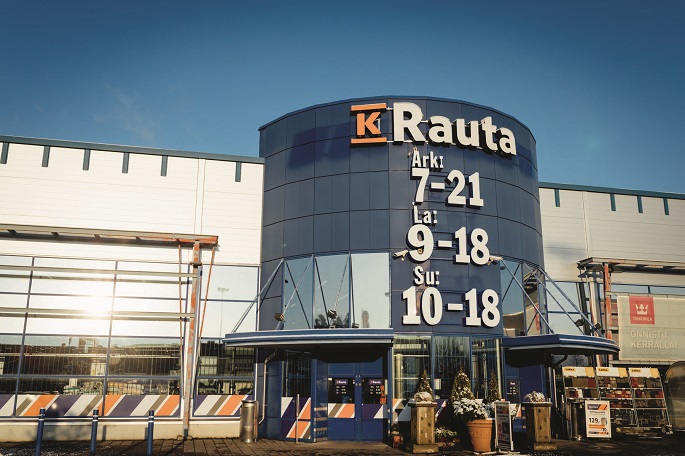 Kesko Corporation's subsidiary Byggmakker Handel AS has agreed to acquire Carlsen Fritzøe Handel AS, a Norwegian operator in the building and home improvement trade with net sales of approximately €201 million in 2019, said Kesko in a press release.

The acquisition strengthens Kesko’s position in one of the most attractive geographic areas in Norway, the Oslo fjord region, where the Carlsen Fritzøe Handel network of 25 stores highly complements the Byggmakker store network.

This transaction is the fourth one that Kesko has made in line with its growth strategy in Norway in two years to accelerate its growth and strengthen its position in the Norwegian building and home improvement market.

The release said in the building and technical trade, Kesko’s strategic objective is to strengthen its profitability and market position in northern Europe. In Norway, the division operates one of the leading building and home improvement chains Byggmakker, and Onninen technical wholesale operations.

Carlsen Fritzøe Handel is a significant operator in the entire Oslo fjord region, with 25 stores and a separate distribution centre located in southern and south-eastern Norway. The company has approximately 460 employees. Carlsen Fritzøe Handel serves mainly small- and medium-sized builders, contractors, and consumers. The company has a strong foothold in the stable renovation market.

According to the release, in 2019, the pro forma EBITDA of the operations to be acquired totalled €13.3 million (without impact of IFRS 16). The debt-free transaction price of the acquisition implemented as a share transaction is approximately €142 million.

“The acquisition is yet another consistent step in the implementation of our strategy to grow our market position and develop our profitability in northern Europe. The acquisition of Carlsen Fritzøe Handel is a good fit to our existing operations and store network in Norway, as we have been lacking a solid Byggmakker store network in the densely populated greater Oslo region where growth is the fastest. By strengthening our position in Norway, we have an even greater opportunity to offer competitive service to Norwegian nationwide large customers in building and technical trade. Furthermore, the acquisition supports Kesko’s growth strategy in northern Europe by offering us increased economies of scale and synergy potential,” said Jorma Rauhala, president of Kesko’s building and technical trade division and deputy to CEO.

K Group is one of the leading operators in northern European building and technical trade, with operations in eight countries. In 2019, the building and technical trade division’s pro forma retail sales in northern Europe totalled €5.1 billion. In Norway, the division operates 18 Onninen stores and 62 Byggmakker stores. In 2019, Kesko Norway’s net sales totalled €625 million.

The completion of the acquisition is subject to the approval of the Norwegian competition authorities and the fulfilment of other terms and conditions of the transaction.