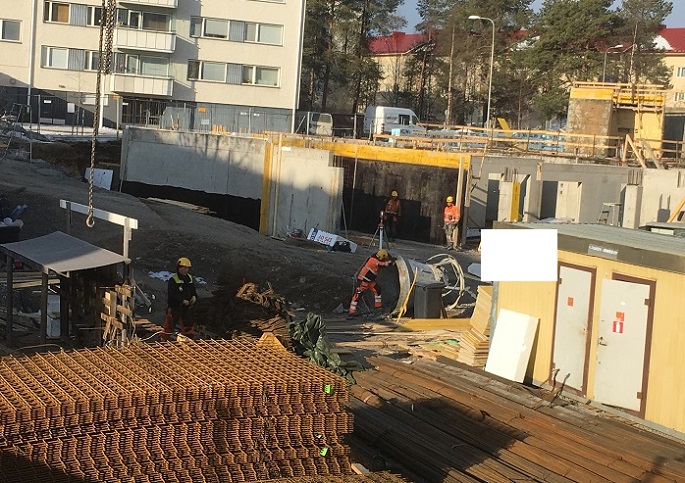 National Institute for Health and Welfare (THL) on Tuesday urged the construction industry to make sure infection protection norms are adhered to, as clusters of COVID-19 infections have been detected among foreign workers, especially in the construction sector, living in often crowded conditions.

Professor Hannu Kiviranta of THL said in a media release that proper hygiene and safety distances must be ensured in accommodation of the foreign workers, reported Xinhua.

Matti Harjuniemi, chairman of the Finnish Construction Trade Union, told national broadcaster Yle Tuesday that the 14-day voluntary quarantine for foreign arrivals have not been applied in all cases. He noted the infection risk level for foreign workers is high.

"In Helsinki recently ten foreign men lived in a small space and shared the toilet and kitchen," said Harjuniemi. According to Yle, some 20,000 of the 100,000 employees of the construction industry are foreign migrant workers.

However, Eerik Tarnaala, work safety director at the Regional State Administrative Agency for Southern Finland, told a Finnish language newspaper Helsingin Sanomat that work safety inspectors have no right to monitor housing facilities, even if they have been arranged by the employer.

"The health impact of dwellings can only be checked by municipal authorities," he said.